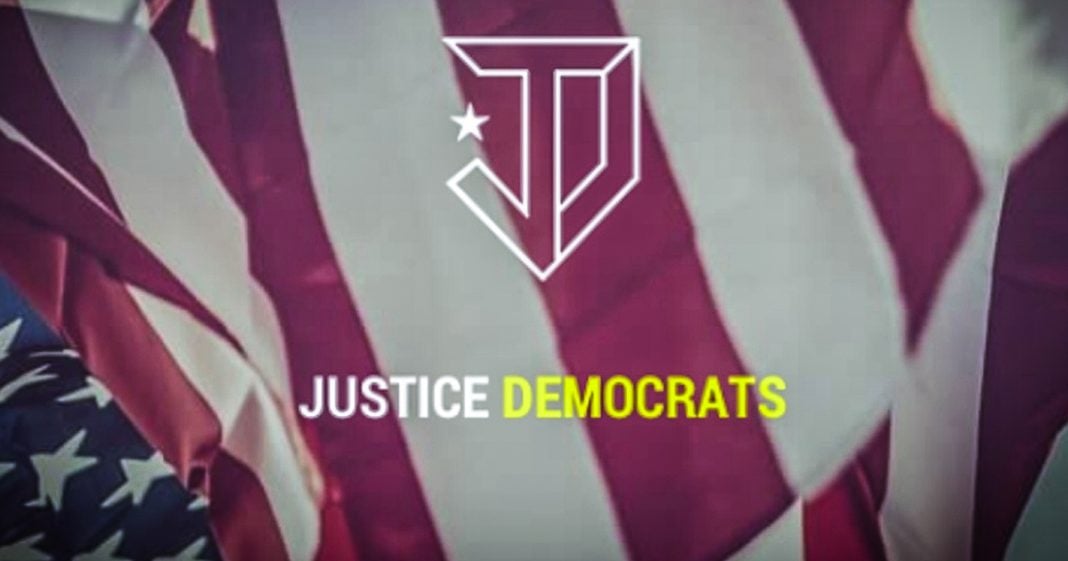 The Democratic and Republican parties no longer represent their constituents. They, along with the mainstream media, have been bought by corporate interests that only care about lining their investment accounts, not the American people.

But efforts to change have been flattened. The parties have squashed populist movements and third parties have failed to gain steam. However, the people have been clear that they are eager for political change. The election of a political outsider like Donald Trump and the popularity of anti-corporate Bernie Sanders should have spurred an uprising. Unfortunately, both sides have simply caved to their donors, not the people they were elected to represent, and nothing has changed. Establishment Democrats shunned Bernie, who jumped back to being an independent and Trump has re-stocked the swamp more than drain it. Something has to give.

This week, it was shown that Tom Perez, the head of the DNC, requested the resignation of all of his staff. This is seen as pretty good move as trying to get of the old guard of the DNC that cost the Democratic party the November election, but a lot of people are scared. They’re worried that Perez is really just going to fill those spots with the same old guard. The same people who caved to lobbyists, and talked a big game about reforming the country but ultimately, just gave us more of the same political garbage. These are the same people who paid off the media, to squash the campaign of Bernie Sanders. So there is a legitimate fear that we’re just headed for another disastrous run in 2018. But there is an alternative.

No, I’m not talking about a third party. Third parties take a lot of time to really build up steam. They showed in the general election, that five percent was a level that they couldn’t even get to. Funding was difficult for Jill Stein and Gary Johnson. Instead, we really need to look at reforming the parties from the inside. Now I know, it seems politically impossible to change the old guard of the Democrat party, especially with all the money that they have invested. I mean, heck. Hilary Clinton was funded by big oil even more than Donald Trump was.

There is an alternative. The Justice Democrats are a great group, a grassroots campaign of progressives in the Democrat party that are looking to shift the tide away from corporately bought politicians to everyday people who really want to impact the communities that they live in. They have a solid platform. And instead of just attacking Donald Trump as their only plan of attack, they actually have real solutions to the fears that people have in America.

Now I know what you’re saying. The democratic party, they’re dead. Parties are dead. Sure, the big parties, they may come out and they say, “We’re going to fix America. We’re going to take care of the things that you fear the most.” Then, they get to congress and they vote the way that their pocketbooks tell them to. That’s what the Justice Democrats actually seek to do. Remove that corporate money. Remove the corporate influence and remove career politicians out of office.

This is the exact same thing that the Tea Party or the Freedom Caucus has done on the Right. The GOP got muddled as a organization of just rich guys trying to buy influence through lobbyists and taking over congress that way with really … They’re not accomplishing anything. Now the same thing’s happening on the Left. The Justice Democrats are looking for a grassroots campaign. They’re looking for nominees that are doctors, teachers, people who have served their communities. What they’re doing is looking to reform the party from the inside out.

Now, I’m not asking you to be some Bernie Bro or I’m not asking you to get behind their entire platform. But I am asking you to get behind the plan. The plan of reforming the Left and defeating the GOP in 2018. Ring of Fire, as an organization, we’re going to do just that. We are committed to fighting corporately bought politicians on both sides of the aisle. That’s why we are throwing our full support behind the Justice Democrats and we encourage you to do the same. Heck, Mike Papantonio, he is committed to even donating large sums of money to make sure that the Justice Democrats accomplish their mission.

So I’m asking you. Don’t believe the hype that this is just some other burnout thing from Bernie Sanders on the Left. This is a real movement to affect real lives and I think we can do that in 2018 if we commit to changing things. I think we can and the Justice Democrats are our best option.