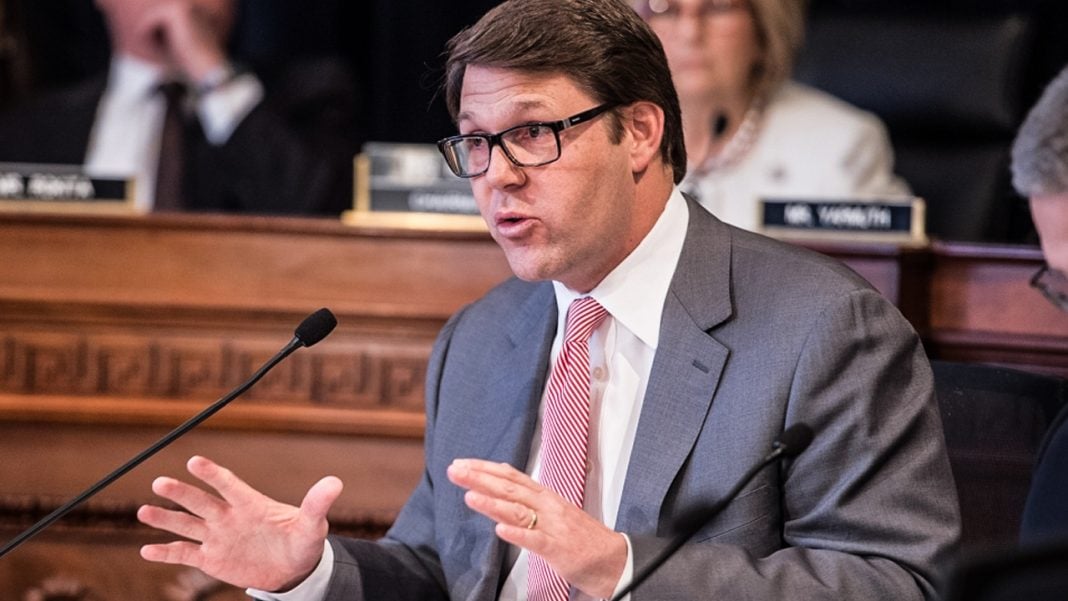 Republican Representative Jodey Arrington recently said during a hearing on food stamp benefits that the Bible tells us that those who do not work should not get to eat.  This was his defense for cutting back on the SNAP program, and he quoted 2 Thessalonians 3-10 that says “if a man will not work, he shall not eat.” Ring of Fire’s Farron Cousins discusses this.

This past week, Republicans in the House of Representatives were holding hearings discussing the reduction in benefits for the SNAP program, which provides food, food stamps, for people who are unemployed. One particular Republican representative, Jodey Arrington from Texas, decided to go Biblical on this and tell us what the Bible says about what we need to do with poor people. Unfortunately, Arrington didn’t quote any of the teachings of Jesus. He didn’t tell us we need to take care of the lesser of society or the less fortunate or heal the sick, feed the hungry, clothe the naked. He didn’t go that direction, no, no, no. Instead, he quoted 2 Thessalonians 3:10 that says, “If a man will not work, he shall not eat.”

Jodey Arrington, Republican Representative from Texas, tells us that according to the Bible, the teaching of God, we should not give money to people who are not working so that they can eat. Okay? Don’t feed them because the Bible says screw them. Mr. Arrington, I’m no Biblical scholar, but I know a hell of a lot about it. I also know if we’re going to start quoting Bible verses, why don’t we talk about the verse that says that women aren’t allowed to speak inside of a church, ever? Why don’t we talk about the fact that when women are on their periods, they’re considered unclean and anything they touch is unclean? How about the fact that we’re not allowed, according to the Bible, to wear mixed fabrics or not allowed to eat shellfish, or we’re not even allowed to eat unleavened bread?

If we’re going old school, Old Testament, let’s pull it all out. Right? If you’re going to use that as justification for your entire political career, let’s go old school, let’s make it all real. But, no, just like every other fake Christian conservative, you come out there, you try to find the most narrow-minded Biblical quote you can find, take it out of context, and tell us that God says we shouldn’t feed the hungry. If you can’t work, screw you. Right? Just die of hunger. That’s what Jodey Arrington wants.

This was a hearing, a discussion … He was talking to a man who is of the Jewish anti-hunger group MAZON. They feed the hungry. Why? Because their religion tells them that that’s what they should do, and being a decent human being tells them that’s what they should do. Then this asshole Arrington quotes the Bible to say we shouldn’t feed the hungry? I’m sorry, but I don’t know any church, any religion in the world that would agree with Jodey Arrington on this, just because somebody doesn’t work.

Do you realize the majority of people on SNAP benefits are unable to work, either through personal injury, mental illness, or otherwise? They can’t work. It’s not their fault, but Republicans always want to blame them, “Oh, you can’t work because you got a massive head injury and now you have the mentality of a five-year-old? Huh, that’s your fault, buddy.” That’s the Republican way of thinking. That’s the conservative Christian way of thinking. The only lives they care about are the ones that haven’t been born yet. Once you pop out of a woman’s uterus, hey, you’re on your own. You better get a fucking job if you want to eat. That’s what Republicans believe.