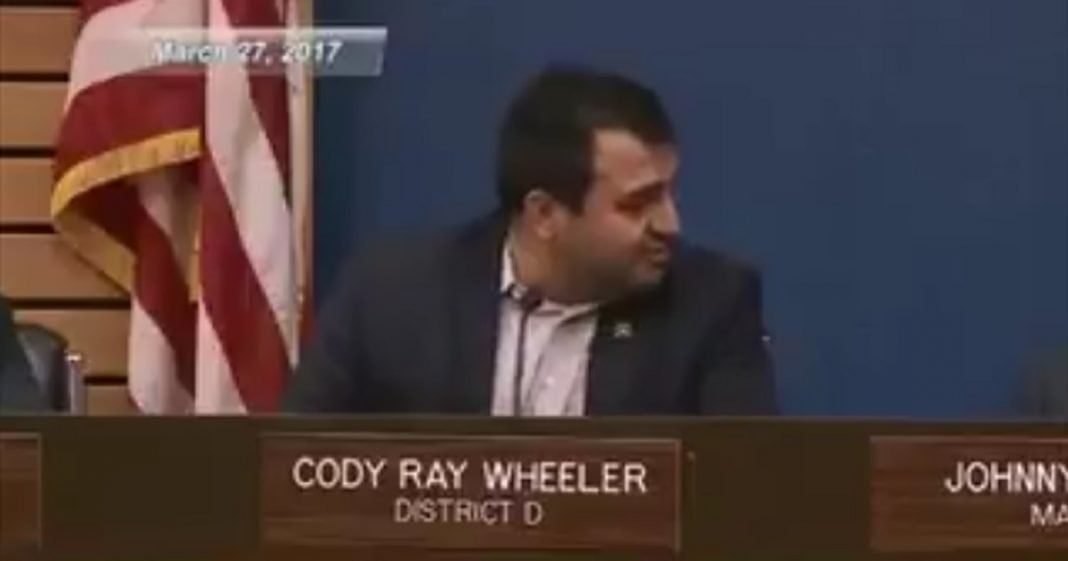 The white Mayor of Pasadena, Texas embodied the town’s growing racial tensions in one offensive phrase during a city council meeting in which he called a Hispanic Councilmember “boy.”

Pasadena Mayor Johnny Isbell was attempting to rush a vote on a tax collection contract when councilman Cody Ray Wheeler, a Hispanic man, said that he had not yet had a chance to speak.

In response, Isbell said, “Well, you better speak up, boy.”

Wheeler said that referring to him as “boy” was incredibly disrespectful.

“That’s very offensive. I’m a councilmember of the city, don’t call me boy.”

Rather than apologize, Isbell doubled down,

“Don’t talk to me like that again,” Wheeler responded.

“Sounds like a threat,” Isbell said, clearly trying to antagonize the councilmember.

According to local news My San Antonio, the tense exchange is a symptom of ongoing racial tensions in the city.

Isbell’s “boy” comment isn’t the first time he has let his racial prejudice interfere with his work.

“The exchange, during debate over a tax collection contract, crystallized an election season in which representatives of the predominantly Hispanic north side, who feel long neglected by city government, are pushing for change. Isbell’s comment was especially jaw-dropping in the context of a federal voting rights lawsuit in which one judge has found that the mayor-backed change to voting districts in 2015 discriminated against Hispanics.”

Pat Gonzales, one of the plaintiffs in that voting rights lawsuit said that she saw Isbell in 2014 forced a constituent to speak in broken English rather than allowing her comments to be translated.

While we often focus on issues of racial prejudice on a national scale, it is instances of direct prejudice on the city level that affects Americans the most. If a man cannot extend basic respect to his fellows on the city counsel, how is he to represent his minority constituency?