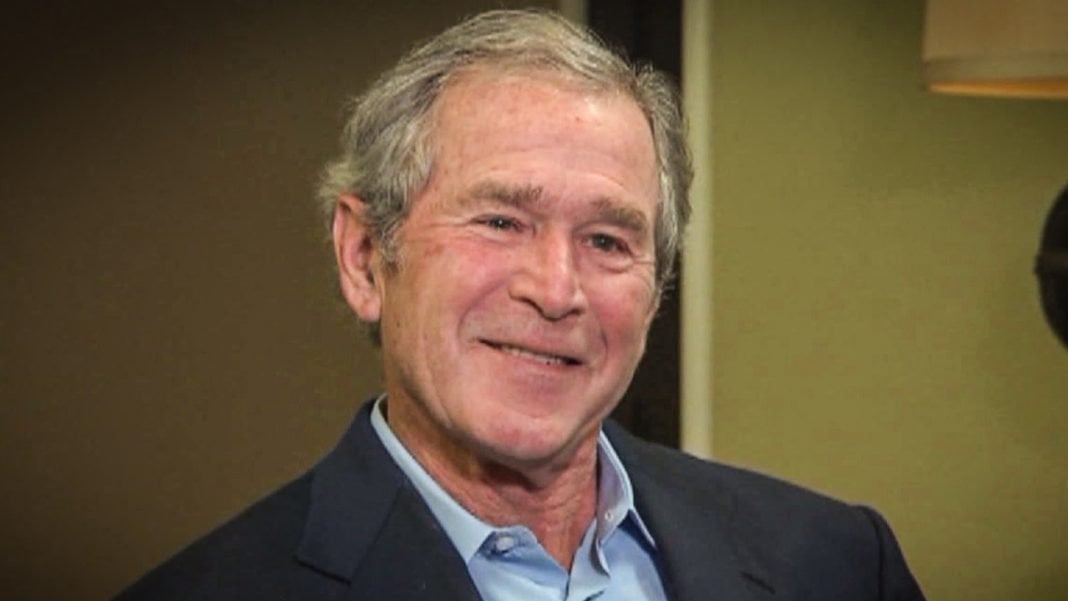 George W. Bush has always had a way with words, but his description of Donald Trump’s inaugural address might be the best “Bushism” yet – the former president described it as “Some weird shit.”  For once, Bush’s juvenile way of speaking actually captured the moment perfectly. Ring of Fire’s Farron Cousins discusses this.

Former President George W. Bush has really always been known for his ability with words. Not a good ability, but his ability to take those strangest concoction of syllables and vowels and consonants and string them into incoherent sentences. There was one sentence that reporters allegedly heard him say following Donald Trump’s inaugural address that made headlines this week. According to three different sources who heard Bush say this after Donald Trump’s inaugural address, Bush was quoted as saying, “That was some weird shit.” Well, this happens to be one of those weird occasions where yes, I agree with you, George W. Bush. That was weird. That was un-American really, watching this idiot get sworn in as the next President of the United States.

I do take issue with the fact that people are now saying, “Look at George W. Bush. Wasn’t he really just a lovable buffoon?” The guy that ran the country into the ground for eight years. You know, help deregulate Wall Street that lead to the financial crisis, the mortgage crisis, the Iraq crisis, the environmental crisis. Every crisis you could possibly imagine, this man personally oversaw. He’s not a lovable idiot. He’s the idiot who screwed up the country. Screwed up other people’s countries. Screwed up the entire goodwill that the United States had following the attacks on 9/11. He screwed up everything. I had the weirdest shit from the inauguration to be honest. Was this man struggling to put on a rain poncho? Maybe that’s what he was referring to. I don’t know.

Let’s stop trying to say that he’s just the lovable buffoon. He’s your crazy next door neighbor. He’s a man who helped destroy this country. He is the man who’s idiocy paved the way for the likes of Sarah Palin, Michele Bachmann, and ultimately Donald Trump. He gave us Trump. He gave us the Tea Party. He gave us all of these horrible people who are working to destroy not just the government, but everything we hold dear in the United States. If you ask me, that’s even weirder shit.