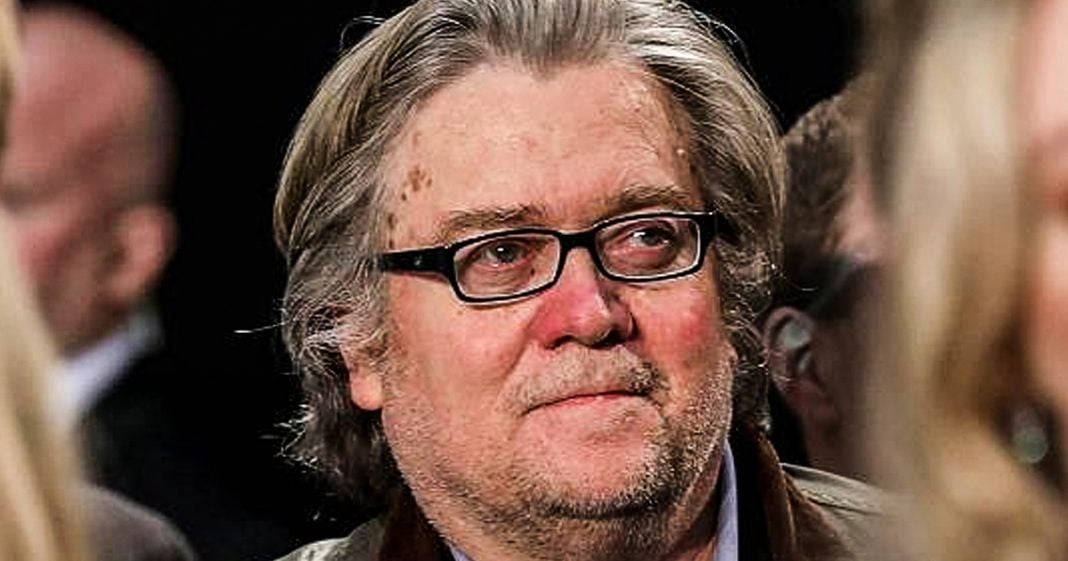 Prosecutors have announced that Steve Bannon, one of Trump’s top advisors, will not be prosecuted for voter fraud, even though there is ample evidence to prove that he didn’t live in the precinct where he registered to vote.  I guess he’s one of the “millions of illegals” that Trump said voted in 2016. Ring of Fire’s Farron Cousins discusses this.

Since he was sworn in on January 20, the Trump … Donald Trump himself and the Trump Administration really haven’t had any good news whatsoever during their time in office. But this week, they finally got a piece of positive information. A good story for them to brag about. That story is the fact that in spite of all the evidence, Steve Bannon, one of Donald Trump’s most trusted advisors will not be prosecuted for voter fraud in South Florida. How great is that? You know, finally a positive uplifting story about the Trump Administration not necessarily screwing up the country.

Here’s the issue. Prosecutors in South Florida, Miami/Dade specifically, were looking into whether or not Steven Bannon was actually a resident there when he registered to vote and proceeded to vote in that county. Turns out as best prosecutors can tell, no. He was not a resident. He bought a property but did not reside there. He had no intention of residing there and under Florida Law, that would be considered voter fraud. But, they said, because of the way Florida Law is written and because it is so vague and antiquated, they’re just not going to bring charges against him because it would be likely he could get off on a technicality even though they have evidence that they say they could easily get a prosecution.

At this point for the Trump Administration, yes, take whatever you can get. This is a victory for you. Steve Bannon’s not going to prison for voter fraud, you know that thing that you made into a massive issue to make up for the fact that you lost the popular vote by about three million votes. If only we could find more members of the Trump Administration who committed voter fraud, then maybe we could start adding those numbers up to that three to five million that you claim voted illegally.

I guarantee you, the people that you’re going find who voted illegally, all you have to do, Donald Trump, is look down your hallway because they’re all up and down there. We’ve had Bannon, there’s evidence that Ivanka voted in a state where she doesn’t actually live. All kinds of stuff. The voter fraud, just like in a horror movie, is coming from inside the house.