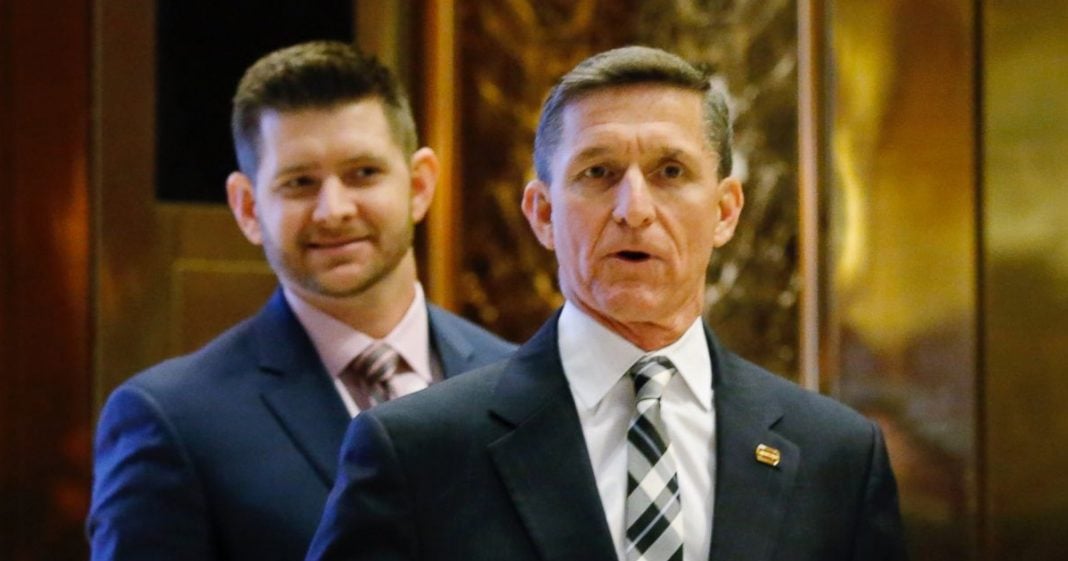 On Thursday evening, what some had whispered about was confirmed: Former director of the NSA Michael Flynn flipped on the Trump administration and offered to testify to whichever intelligence community would take him in exchange for immunity.

The story was first reported, and later confirmed by Flynn’s lawyer who said that the officer stands. So far, officially, none in the intelligence community have taken Flynn up on the offer.

In a statement by the attorney, Robert Kelner, Flynn’s representation assured the reader that his client “certainly has a story to tell.”

And it’s a story that millions have been dying to know for quite some time.

Both believers and skeptics of the ongoing Russian scandal should all welcome this agreement from Flynn to tell the intelligence community what he knows – after all, even those most skeptical of the so-called ‘Russiagate’ argue foremost that there was no evidence provided of criminal activity, just allegations and unnamed sources.

If Flynn can hand the U.S. intelligence community the evidence they need to confirm or deny the mountains of speculation regarding Russia these past several months, we as a nation may finally get somewhere in all of this.

Ironically, Flynn himself earned his spot in the Trump administration by leading a good, 2016-old-fashioned chant of “lock her up” against Trump opponent Hillary Clinton.

Flynn later appeared on “Meet the Press” with Chuck Todd to comment on the ongoing Clinton scandals and remarked that those who are granted immunity (Clinton staffers in this case) are usually guilty of something.

“When you’re given immunity that probably means you’ve committed a crime.”

Does that same standard apply to himself, I wonder?

Similarly, President Trump asked during a campaign rally, “If you have not committed a crime, what do you need immunity for?”

So whether or not Flynn is guilty – his words would indicate that he is – or not, one thing is clear: we need to get him under oath and find out what he knows. In a sea of speculation, myths and dare I say it, “fake news,” a bit of truth from a Trump insider could change everything.

Michael Flynn in September: “When you are given immunity, that means that you’ve probably committed a crime.” pic.twitter.com/w5wir35ZfX