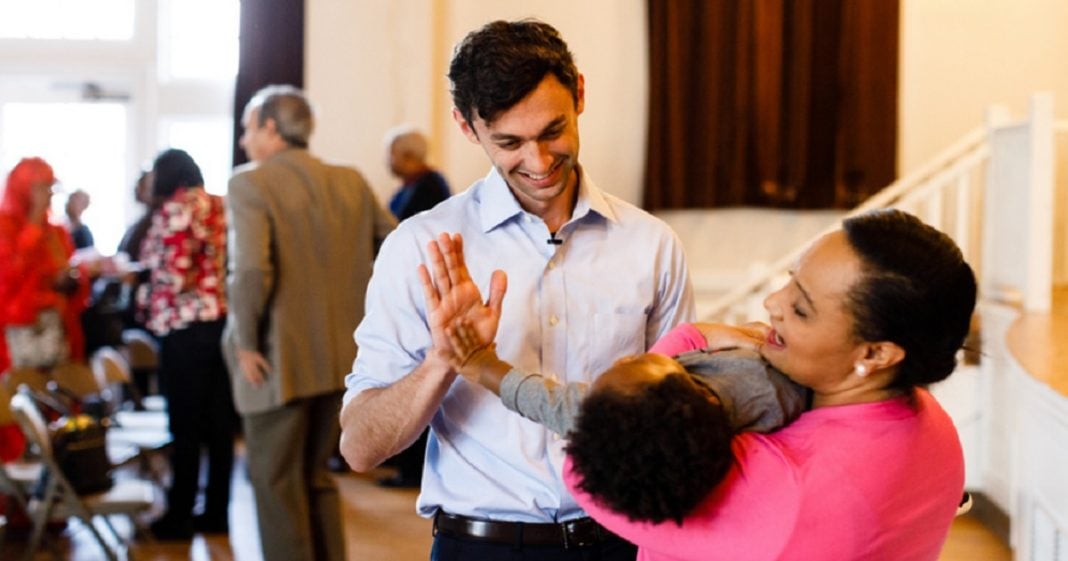 In the state of Georgia, an insurgent Democratic candidate vying for the seat left vacant by Tom Price may actually win, turning a small portion of a deeply red state blue.

30-year-old Democrat Jon Ossoff has many in the GOP extremely nervous, chief-most because of a massive grassroots movement behind his candidacy.

Ossoff is hoping to gain the seat left vacant by Tom Price when he was selected and confirmed to be the Trump Administration’s Health and Human Services Secretary. The seat is situated in a deeply conservative area in the suburbs of Atlanta.

In races like the one Ossoff is participating in, leading candidates often raise around $10,000 in donations to help with campaign costs – Ossoff has raised more than 4 million. Banking off of the continued anti-Trump energy of frustrated Democrats every, small races like Ossoff’s have been getting much greater attention than normal.

The April 18 election has been left wide open for Ossoff as he is just one of 18 candidates attempting to win the election – nearly a dozen of which are registered Republicans. Leadership is concerned that having too many colors of Republican will splinter the vote, improving the chances for a Democrat to steal the long-held Republican seat.

The ballot given to voters on that date will include all 18 candidates, regardless of party affiliation. If a single candidate receives more than 50 percent of that vote, they will win the seat outright. Because there are so many factions of Republicans running for the seat, Ossoff may just pull this off. If not, a runoff vote will be held between the top two from the first ballot on June 20.

Early voting and polling indicates that Ossoff is poised to take the seat against a sea of Republican opponents.

“The anxiety level is increasing, and it’s creeping higher every day,” said Todd Rehm, a Republican consultant in the state who’s not affiliated with any of the nearly dozen GOP candidates in the primary. “This race could be a perfect storm of higher than average Democratic turnout and below average Republican turnout. The early vote totals are chilling.”

Republicans are so concerned that they have begun paying special attention to the special election, attempting to invigorate Republican voters with the same vigor inspiring Democrats and Independents in the district.

The Republican party has enjoyed several years as the main arbiters of insurrection in local elections nationwide, but with the monumental loss experienced by the Democratic party in 2016, emboldened Democratic voters are looking for any opportunity to return the balance of government in their favor.