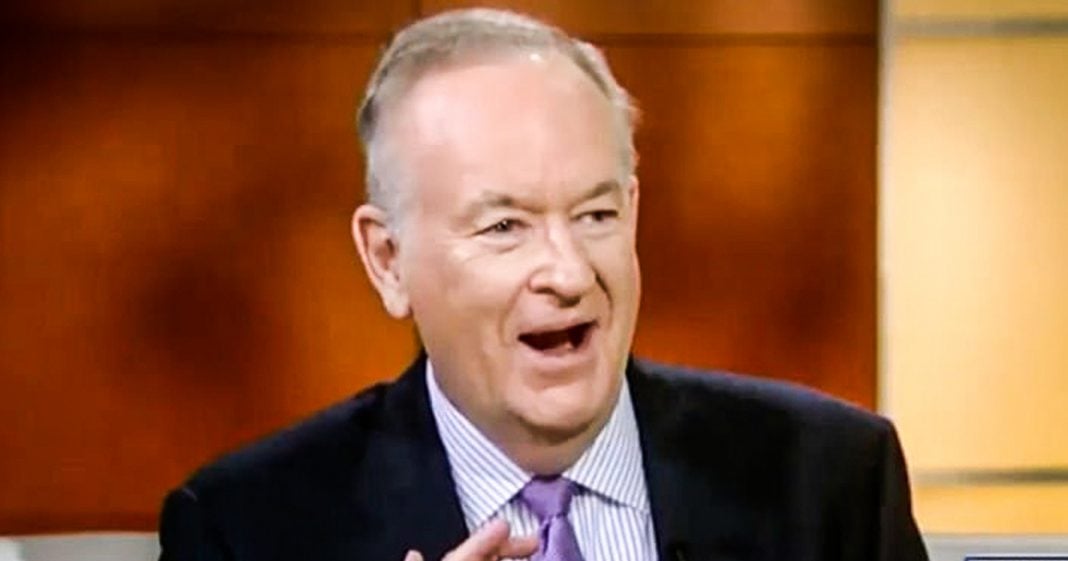 Bill O’Reilly launched into an incredibly racist attack against Democratic Representative Maxine Waters on Fox & Friends earlier this week, where he said that he couldn’t even pay attention to what she was saying because of her “James Brown wig.”  He’s since apologized, but the chorus of voices calling for his removal are growing by the day. Ring of Fire’s Farron Cousins discusses this.

What you just saw was one of the latest racist attacks against a fellow human being, launched by Fox News personality, Bill O’Reilly. This time happened to be directed at Representative Maxine Waters, who has been a huge critic of Donald Trump and the entire Trump Administration. Now at least to her credit, Ainsley Earhardt there on the Fox and Friends Couch tried to explain to Bill O’Reilly that you can’t attack someone like this for their looks. But the reasons this is a racist attack is because black women in the United States, all around the world, have constantly faced this kind of micro-aggression due to their hairstyles. This is a very common racist tactic to attack black women. Bill O’Reilly fell right into it.

It goes even deeper than that too. This isn’t just about Bill O’Reilly’s racism and sexism here. This is about the fact that those idiots sitting on that Fox and Friends Couch cannot come up with a single argument against what Maxine Waters had to say, so they simply attack the messenger. When you can’t refute her facts, when you can’t offer a better opinion than her opinions, you simply go after the way she looks. You have a good laugh about it, and you move on to the next segment. But that’s not how it works in the real world. You are a news organization. It’s your job to either verify what she says, provide us with different facts and opinions, but to sit there and criticize her hairstyle, comparing it to that of a man’s, that is probably the lowest low that Bill O’Reilly has sunk to this year.

It goes further to prove, as [Cher-Blue 00:01:51] points out, that any of the punishments or admonishments or publicity problems that Bill O’Reilly has faced in the past clearly have had no effect on him if he feels comfortable enough to go on live television and make these kinds of sexist and racist attacks against a sitting member of Congress. Nothing in the past has worked, so what do we do now? Well, several thousand people in this country have banded together and are demanding that Fox News fire Bill O’Reilly. Will that happen? No. Fox News just posted their highest ratings in eight years in primetime, so no, Bill O’Reilly’s not going anywhere. But what you can do is you can turn it off. You can stop using the advertisers that advertise on Bill O’Reilly’s show. You can petition those advertisers to drop him. That will work. We’ve seen it happen with Rush Limbaugh when stations found out that advertisers were pulling their ads from his show. They dropped him. Fox News would respond accordingly if enough people got active because we can’t have this kind of blatant racism and disgusting talk against a sitting member of Congress coming out of the mouths of a respected, among his audience, personality on cable news. That’s not how this country works. We cannot allow this to continue. Anytime that you tune into Bill O’Reilly, you’re adding to the problem.