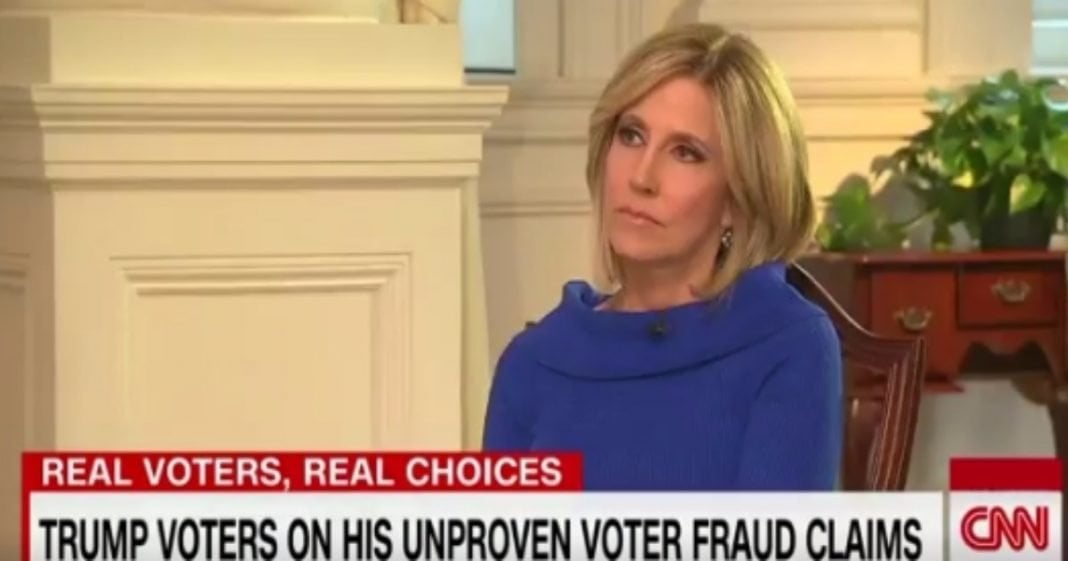 On Wednesday evening, CNN‘s Alisyn Camerota sat down with a small group of Trump voters and supporters to discuss, among other things, the President’s accusation that three to five million illegal voters had participated in the 2016 election, creating the popular vote advantage of his opponent Hillary Clinton.

Eager to support their president, the small group of supporters said that they, too, believed millions had cast illegal votes and had even seen it with their own eyes. But when Camerota pushed them to specifically explain the situation in which they witnessed such a massive legal violation, the mens’ stories began to break down.

Camerota asked one man if he believed the president’s claim that three to five million had illegally voted. The man replied in the affirmative, saying that he saw busloads of out-of-state voters flooding into New Hampshire.

Camerota, not willing to let the exaggeration go, asked for clarification.

The man replied, as if it were obvious, that of course he himself didn’t see three million voters. Still, the man continued.

“Busloads of people, with my own eyes, coming into New Hampshire.”

“I wouldn’t characterize it as busloads and busloads.”

How would he characterize it? Cars with out-of-state tags carrying more than one person. Though the man later said that surely those cars might have been borrowed or might have some other explanation, he and the others remained sure that their anecdotal evidence was proof of their president’s claim.

The final soundbite from the video has the original man who claimed to have seen these literal “busloads,” now saying that maybe he had seen them on television instead.

How Ms. Camerota kept from bashing her head on a nearby solid object in response to this idiocy is beyond me.

Trump voter claims he saw “busloads and busloads” of people he believes were illegal voters https://t.co/PVju6siRfJ