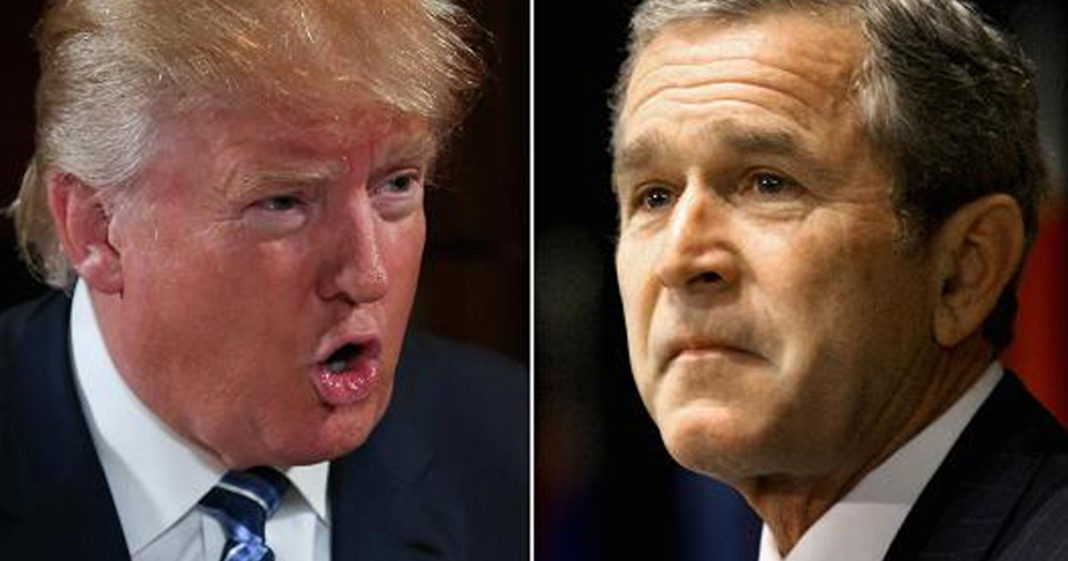 Since Donald Trump took over the White House, the American public has been hearing quite a bit from former President George W. Bush as he celebrates no longer being the most incompetent, widely disliked President in recent history.

Though it is tradition for presidents to remain mostly mum about whomever is currently occupying the highest office in the land, Trump’s historic unpopularity has emboldened Bush to speak out in a weak attempt at protecting his party.

According to three sources who spoke anonymously to the New Yorker, President Bush offered a short review of President Trump’s January Inauguration, saying what we had all been thinking as the event went down:

“That was some weird shit.”

Bush attended the inauguration in person and even was photographed comically struggling to put on a poncho in the drizzling rain.

Previously, Bush took a brief break from his second career as a painter to criticize Trump for for his divisive policy targeting Muslim visitors. Bush urged the President to remember the importance of our Constitution’s commitment to freedom of religion.

While the American public should not take lightly the legacy that Bush left in his two terms in office, it is interesting to see that even in the context of that legacy, Trump is still looking far worse.