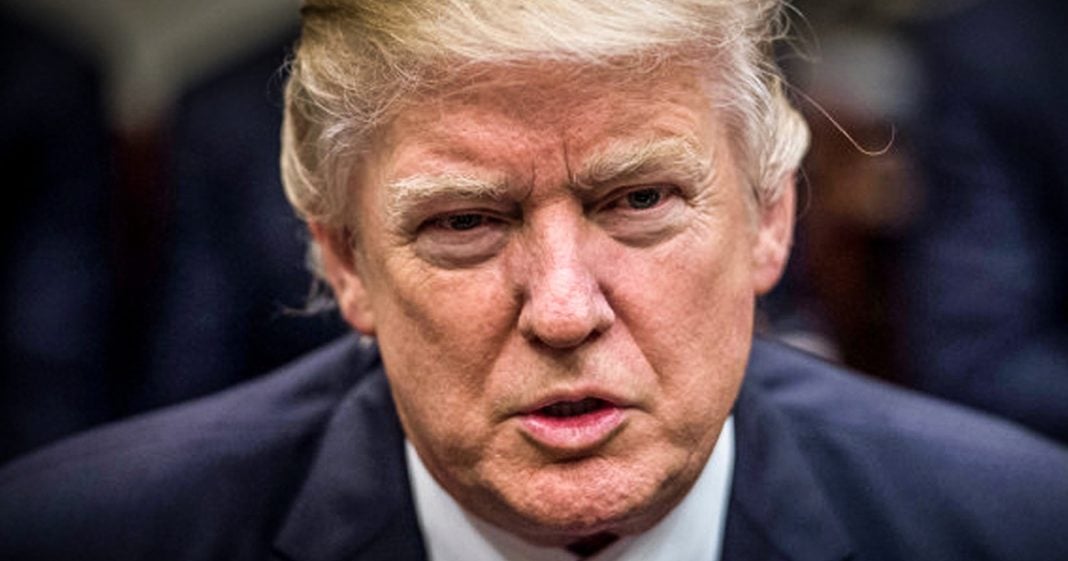 Republicans have long told us that the United States can’t “go it alone” on fighting climate change, and they’ve used that as an excuse to destroy environmental protections. This week, Trump took an ax to environmental protections with an executive order, and now the United States is guilty of doing what Republicans have accused other countries of doing.  While everyone else is making progress, we’re moving backward. Ring of Fire’s Farron Cousins discusses this.

During the Republican presidential campaign, the primary, the Republican debates, we heard Republicans very briefly tell us that the United States cannot go it alone when it comes to reducing carbon emissions. After all, what’s the point in the United States cutting back on our carbon emissions when other countries like China are just spewing carbon into the atmosphere negating everything that we do here in the United States so why bother? That’s the rationale that Republicans used in 2015 and 2016 and that helped lead to Donald Trump this past week signing an executive order to completely undo the environmental protections put in place by former President Barack Obama specifically requiring the Environmental Protection Agency to take a good look at the Clean Power Act and basically try to repeal it piece by piece saying that it kills jobs rather than helps the American economy, something that it completely untrue. The Clean Power plan would have added far more jobs to the economy that it would have taken away from the coal industry, which is already dying.

But Donald Trump tells us were bringing those coal jobs back. They’re coming back. You know who doesn’t agree with him? Coal companies’ CEOs who have admitted in the last week that, “No, those coal jobs that are lost, yeah, they’re never coming back, but we’ve already stripped pension and health care protection away from existing coal miners so, ‘Eh,’ right?” It’s kind of what the Trump administration is doing here. Now were taking away the restrictions that prevent them from spewing carbon and other greenhouse gasses into the atmosphere at a fevered pitch.

But here’s the big irony. The United States right now is moving backward on climate policy, the same thing we accused other countries of doing, or at least the Republicans accused other countries of doing during the campaign. Meanwhile, the rest of the planet is actually moving forward. Those horrible polluters that the Republicans mentioned during those debates, specifically China and India, they have more aggressive climate change negating programs than we do here in the United States. China just announced that in Beijing, a city with, I think, about 72,000 fossil fueled taxicabs, they’re replacing all of those with a fleet of all-electric vehicles, zero emissions. That’s just in one city. India wants to go 60% renewable by the year 2027, and they’re investing the money to make sure that that happens. One of the largest carbon emitters on the planet is going to be 60% renewable by 2027. That’s their goal, a loftier goal than anything the United States has ever set.

So I ask you this, Republicans, specifically Marco Rubio, who’s the one who made that claim, how do you feel now? The United States was a global leader on climate change. We were. We were setting the pace. We put in motion the Paris Climate Accord. We’re the ones who got other people to sign on. We were leaders. Now we’re in last place. We’re looking to other countries like China and India and everywhere in Europe to save our asses because we want to help out the fossil fuel industry. We want to make false promises about coal jobs just so we can screw over the environment. We are losers now. We’re those idiot polluters that you Republicans loved to trash on that debate stage. That’s us now, and it’s all because of you.