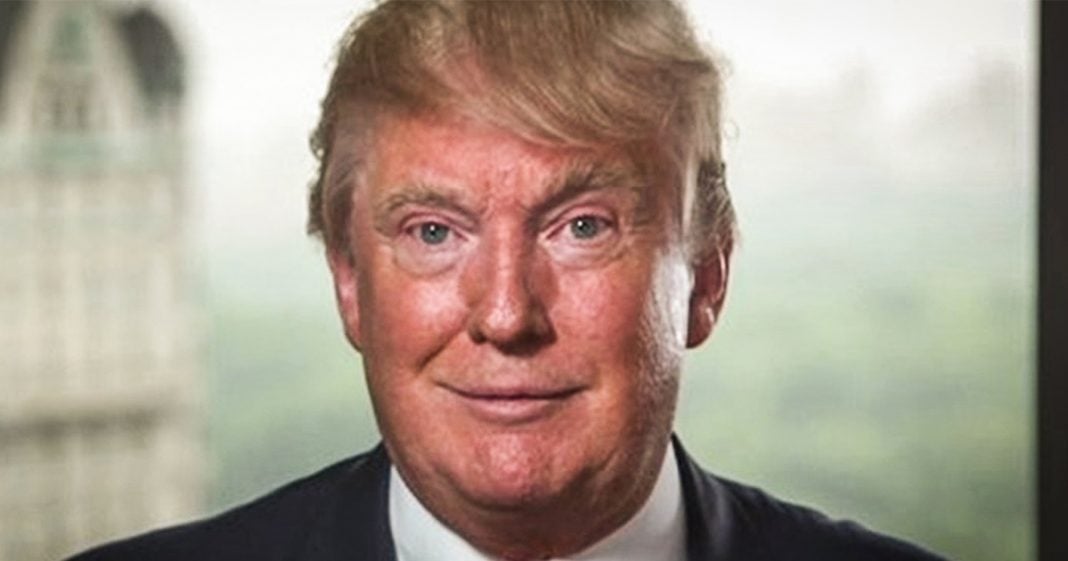 Donald Trump is still facing a defamation / sexual harassment lawsuit from a former contestant on The Apprentice, but his argument in court will be that he is immune to these kinds of lawsuits because he is he president.  We’ll see how long that lasts… Ring of Fire’s Farron Cousins discusses this.

According to Donald Trump, one of the biggest perks of being the US President is that people apparently can’t sue you in state courts. Or, at least that’s what Donald Trump’s lawyer is trying to argue in New York for a lawsuit that Donald Trump is facing for defaming a former contestant on The Apprentice. The woman in question, Summer Zervos, actually came forward during the presidential campaign to allege that Donald Trump had sexually harassed her in 2007 when they were at a hotel together; not together-together, they saw each other in a hotel. Trump, according to the allegations, groped her and aggressively kissed her against her will. Trump later came out and said that the allegations were lies, they were a total fabrication, and that this whole thing was a hoax. He said the same thing of at least 10 other women who came forward during the campaign to allege that Donald Trump had sexually harassed them. But, this particular case is not necessarily regarding the sexual harassment but the defamation of Trump accusing the woman of lying and making this up and just trying to get famous off of it.

That is what the current civil suit in the State of New York is about, and Trump pretty much says that, ‘Nope. I’m President of the United States. You can’t sue me in civil court until after I leave office.’ According to legal scholars Gloria Allred, who is actually the attorney for Ms. Zervos, says that, ‘No, that’s not true. That’s not true at all. Any person in the United States, President or not, guess what, you can be sued in state court regardless of the position that you hold.’ Donald Trump is obviously not somebody who understands the law, not somebody who knows the law. Before he was elected President, he never spent any time writing laws or learning laws or going to law school or practicing law, so this is a man who does not understand what the hell he is talking about, yet somehow people thought that he was smart enough to be elected President of the United States.

Donald Trump, at this point, has nearly as many sexual harassment accusers as Bill Cosby, but we still overlooked all that — Republicans did, at least — to elect this man the United States President. Remember how bent out of shape Republicans got in the 1990s over the alleged sexual harassment of Bill Clinton, and then the whole Monica Lewinsky thing? Oh my god, what a horrible human being for doing these things. Then, you have a man who’s been accused of sexual harassment by no fewer than 11 different women who’s on record saying horrible things about what he does to women, grabbing them, groping them, kissing them against their will, and yet Republicans think that that’s personally fine. “That’s absolutely okay with us. We don’t care that this man said this. He sure as hell is a lot better than Hillary Clinton, right?”

I don’t follow that logic. I don’t understand what’s happening, but what I do know is that in this particular instance, yes, Donald Trump, you can be sued in court. And, the fact that you said that you were going to sue all of these women, all of these accusers, for defamation yet you haven’t, just kind of means that you really don’t have a case when you call these women liars when they call you a serial sexual harasser.