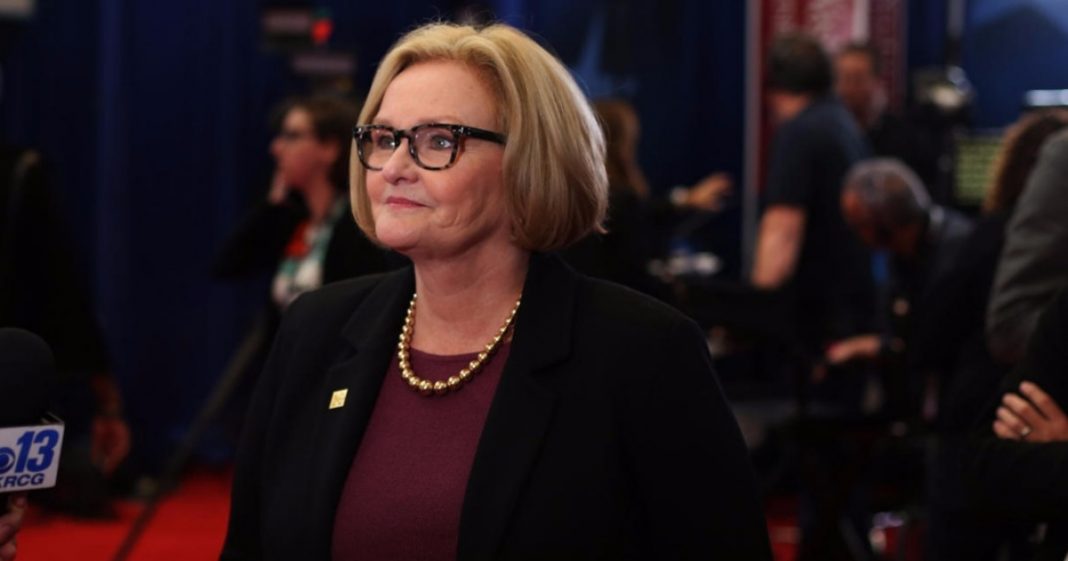 Democratic Senator Claire McCaskill is likely to become an enemy of the Big Pharma industry this week as she launches a probe into the way the massive pharmaceutical industry markets its drugs to the general population.

McCaskill’s probe will focus foremost on major players Purdue Pharma and Johnson & Johnson, but will also make contact with other major pharmaceutical companies to examine their sales practices.

Another notable company McCaskill’s probe has contacted is Insys Therapeutics, a company that we covered this week who aggressively lobbied against the legalization of medical marijuana, then quickly released their own synthetic marijuana.

While the predatory marketing practices of all drugs are of interest, McCaskill’s probe will inquire about opioid marketing in the wake of the growing addiction crisis associated with these drugs.

McCaskill’s inquiry comes at the height of the opioid crisis, as politicians everywhere begin to recognize the importance of focusing on this growing issue. But unlike many who refuse to look at the source of this crisis – the pharmaceutical industry and its predatory practices – McCaskill is attempting to target massive industry.

Several of the companies contacted responded to the Wall Street Journal that they were currently reviewing the Senator’s letters and plan to respond. Unfortunately, the companies are not legally required to respond because the Senator sent her letters individually, rather than in her capacity as chairman of Senate Homeland Security and Governmental Affairs Committee.

From the Wall Street Journal:

“Sen. McCaskill sent letters to the companies selling the top-five prescription opioids by sales, though other companies also have big revenue from their own painkillers.

In 2015, nearly 249 million prescriptions were dispensed for opioids in the U.S., with the sales totaling $9.6 billion, according to the latest data from IMS Health.”

The Big Pharma industry is more than willing to buy off politicians, which means that anyone paying attention to this initial probe should be skeptical. Still, if McCaskill and other Democrats can effectively lobby on behalf of Americans against Big Pharma, we may actually find we can get somewhere on the opioid crisis.