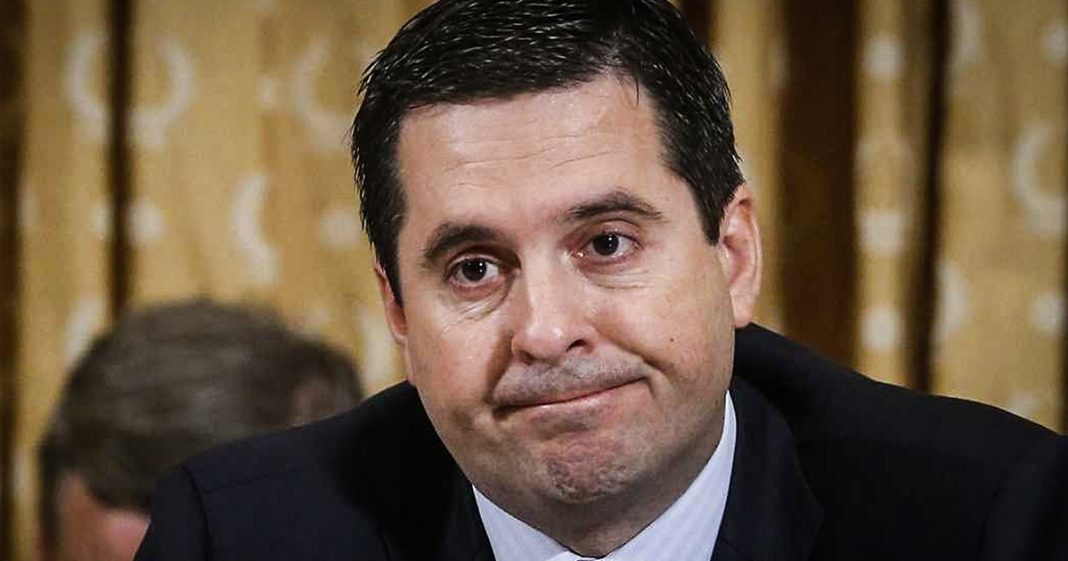 Last Thursday, The Washington Post called for an investigation into House Intelligence Committee Chairman Representative Devin Nunes for his leaks of information from the intelligence community as they look into both President Trump’s wiretapping claims and the possible collusion of the Trump transition team with Russia’s interference in the election. Ring of Fire’s Josh Gay discusses this.

This week, we’ve learned a lot, and last week of course, we’ve learned about House Intelligence Committee Chair Devin Nunes. This guy is running it seems to be his own investigation into the Trump wiretapping Russian investigations. But man, this guy is wrong. I mean, really, really wrong. He’s canceling public meetings, he’s meeting in secret at the White House, outside of the White House in secret rooms and bumbling that up. This guy’s got to go. He does have to recuse himself from the investigations.

For instance, John Podesta. He was named in the Wikileaks scandal. So were several of the Washington Post reporters. But they ignored that, and they instead focused on the validity of the leaks. So why are we calling into this Nunes looking for a smoking gun? If you’re the Washington Post, you need to do a lot better at being transparent about how you feel about leaks on any given party.