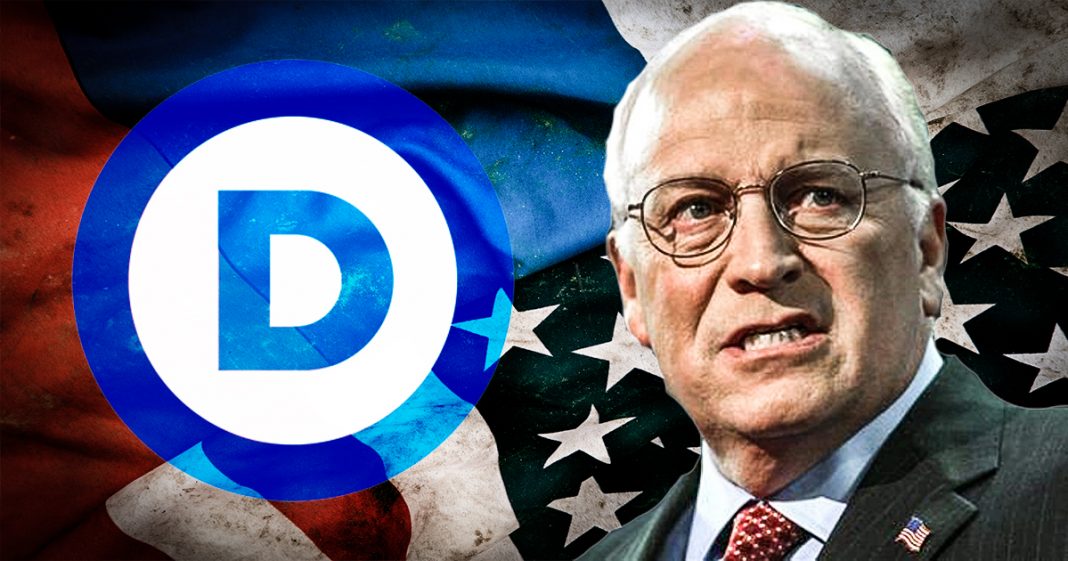 As the public is growing impatient with the Russian investigations, it seems that Congressional leaders are eager to jump out of the hearings regarding hacking straight into warmongering. Ring of Fire’s Josh Gay discusses this.

Do we all remember how President Obama mocked Mitt Romney, saying he was foolish for calling Russia our biggest threat and then going on to talk about how ISIS was an even bigger threat? Well, that’s kind of gotten thrown in a blender and all mixed up because Democrats are the ones calling for war with Russia. They’re actually siding with the longtime and well-known legendary war monger himself, Dick Cheney. Dick Cheney just called Russia’s cyber attacks an act of war. Of course, in the same breath, he downplayed that Russia had any effect on the election at all. Hey. Senator Ben Cardin even compared the Russian hacking to Pearl Harbor. Yes, the attack where 2,400 people died, is being compared to leaked emails somehow.

What this is, is really for the Democrats, all a smokescreen to distract from their pains in November. They lost. In every branch of government, they lost. And they don’t know what to do about it. They don’t have any answers. They don’t have a plan to combat Trump or the GOP. So instead, let’s blame Russia.

Now, on the other side, Republicans like John McCain and Dick Cheney, they’re eager to eat all of this up. McCain is busy calling for this huge defense budget increase and a support for NATO, stronger NATO. And so he’s using this Russia story as a platform for ask for more funding.

I’ll say this again. Russia really is a threat. We need to look into it. We need to deal with it. But war, that doesn’t seem like a really good answer. Russia hacks an election so we want to send troops? Do we want to bomb them? Airstrikes, maybe. I don’t think that that is a realistic look at how we should deal with a hacking scandal. But all you have to do is look at the people who would profit the most from this war, whether it’s a real war or a cold war, an arms race, whatever it is, and the language they’re using. If you look at folks like the Democrats, who are still bitter off losing to Donald Trump, or if you look at Republicans, who are calling for stronger NATO and more defense spending, they’re not using terms like investigate or diplomatic solutions or working with Russia to rebuild our relationship and fix this problem. They’re calling it war. They’re calling it attacks. These are the same types of images you would use if you were dropping bombs.

I think this is a little bit of hyperbole from both sides. This isn’t about Russia anymore. It’s about politicians that are just trying to deflect from their own insecurities and their own failings.