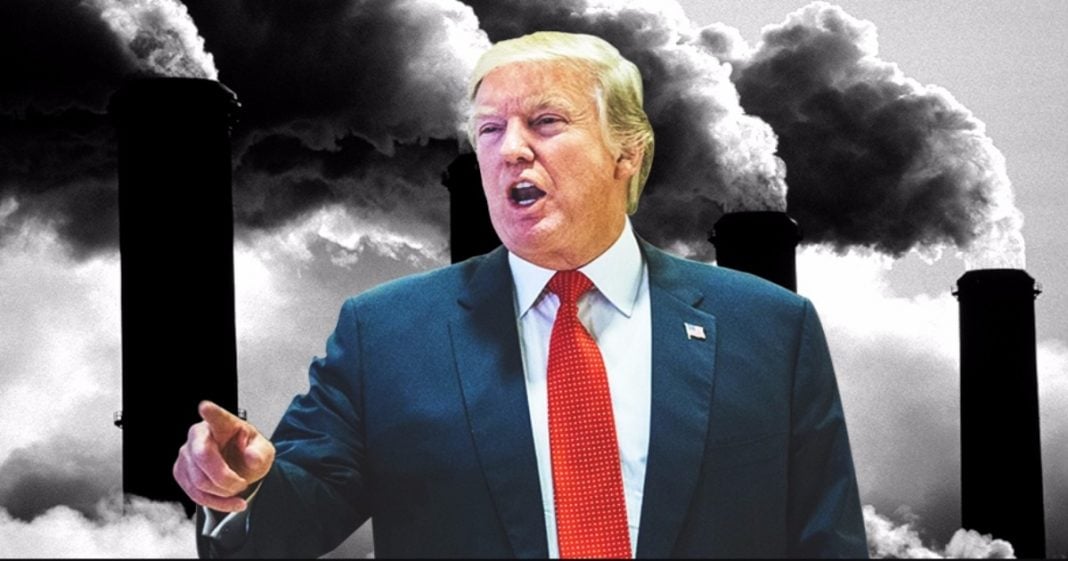 On Tuesday afternoon, President Trump continued his assault on environmental regulations when he signed an executive order purportedly to help the coal industry, rolling back everything that had been achieved by the Obama administration in the way of combating climate change.

The order rolled back several Obama-era climate rules including ones that worked to limit greenhouse gases in industries. The order’s first plan of action is halting the EPA’s authority to limit coal-burning power plants, putting coal back on the energy menu.

Trump told the group of miners assembled for the photo op that the order he was signing would give them jobs, but as Buzzfeed noted, no order from the President can truly revive the dying industry.

“‘It won’t add any coal jobs, but it will set back the country as a leader on the environment,’ finance director Tom Sanzillo of the Institute for Energy Economics and Financial Analysis based in Cleveland told BuzzFeed News.”

Former Vice President and environmental activist Al Gore responded to the newly-signed order, calling it “misguided” and a step back from progress.

“Today’s executive order … is a misguided step away from a sustainable, carbon-free future for ourselves and generations to come. It is essential, not only to our planet, but also to our economic future, that the United States continues to serve as a global leader in solving the climate crisis by transitioning to clean energy, a transition that will continue to gain speed due to the increasing competiveness of solar and wind.”

This Executive order is just the most recent in a growing lists of assaults by the Trump administration on the environment and established attempts to slow global warming. During the election, Trump suggested that climate change was a hoax invented by the Chinese, and just a couple of weeks ago, EPA chief Scott Pruitt disagreed with established climate research to argue that carbon dioxide isn’t a major factor in global warming.

If Trump has his way, our air will resemble that of China and our water nationwide will be ever worse off than Flint, Mighigan, all in the name of bringing dirty, environmentally-damaging jobs back to the United States.