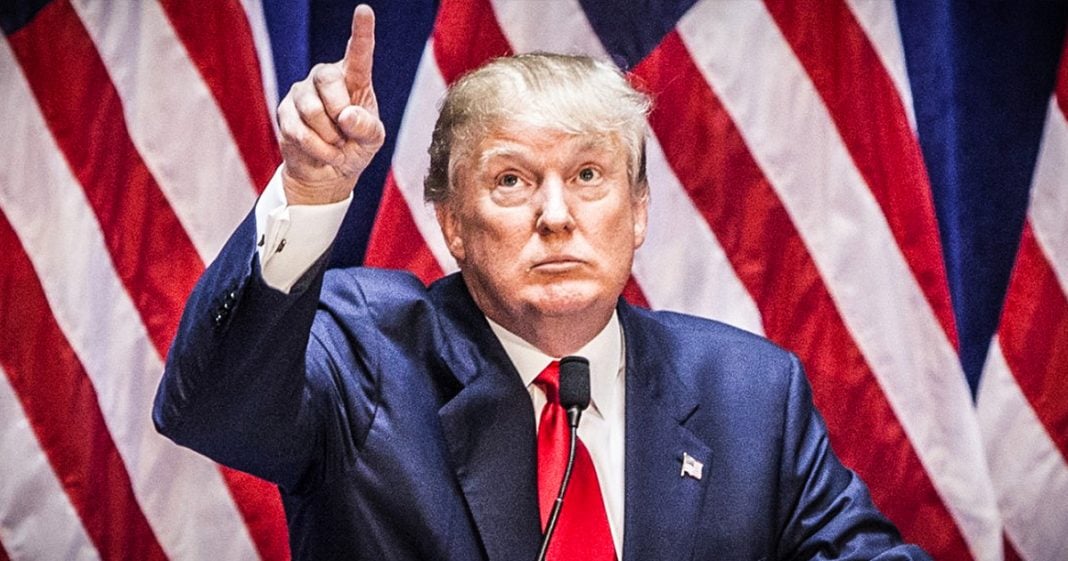 Trump’s nonstop vacations to Mar-A-Lago in South Florida are not only costing taxpayers big time, but they’re also costing tons of money for local businesses that have to shut down when he visits.  Road closures, no-fly rules, and everything else that goes along with a presidential visit are devastating the local economies, and representatives from those areas are begging Trump to either stop visiting or to pay back the economic losses. Ring of Fire’s Farron Cousins discusses this.

Public officials from Palm Beach County, Florida are issuing an ultimatum to Donald Trump. They’re saying either stop taking your weekly vacations in our district or start paying back the money that you are costing businesses who cannot operate when you come down here every couple of days. You see, Palm Beach County happens to be where Donald Trump’s Mar-a-Lago is located, and since he goes down there basically every weekend for about three days, that causes local businesses to shut down.

Here’s a great example of how this actually works. In my little conservative hometown, Barack Obama a couple years ago had to go through in his motorcade. Well, conservatives flipped out because it meant the roads were closed and people couldn’t get through for about an hour one day. Businesses were pissed off. “We can’t make money because people can’t get here because there are no roads just so the president could drive through here,” and there are enough crazies in this area that yeah, they should have shut everything down so he could get through safely. Now, imagine if Donald Trump is in your city, your small little area, and every road has to remain closed because he stays there for three days.

Not only that, but some of the hardest hit businesses in the area are helicopter attraction rides and local small airports. They cannot fly because when the president is there they have to create this no-fly zone to make sure that no terrorists come through and start shooting up the place or turn planes into suicide bombs. This is an area right on the coast where flight tours and helicopter tours are very common and they have already lost hundreds of thousands of dollars because of Donald Trump’s constant visits, and that’s what these representatives from Palm Beach County are telling the president, because when one business loses $200,000 that creates a hole in the local economy.

Those people no longer have the money to go out and spend it at other businesses. Then this so on and so forth. These businesses can’t spend their money, and so on. That’s what Donald Trump is doing to Palm Beach County. They are losing hundreds of thousands of dollars every single week that he goes down there, not to mention how much it’s costing taxpayers to fund these constant vacations. These representatives have told Donald Trump either stop coming down here every couple of days or you personally, Mr. Alleged Billionaire President, start paying back the local economy the money that you personally are stripping away from it.