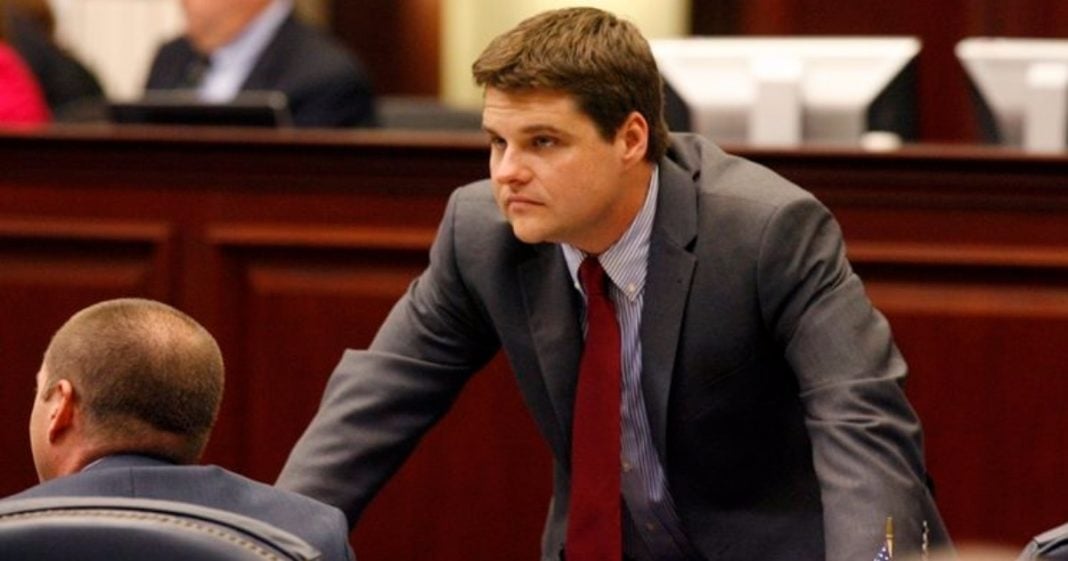 Freshman congressman Matt Gaetz has positioned himself from the start as a Trump-backing ultra-conservative, but while venting about the failure of the AHCA, the newly-minted Rep. let slip that he believes Nancy Pelosi, if made Speaker of the House, could have Trump kicked out of office within 30 days.

Gaetz was expressing his frustration that a vote was not held on Republican Obamacare replacement American Health Care Act on local radio show “Pensacola Speaks.”

Gaetz, who was initially skeptical of the healthcare bill as well, jumped onboard when the GOP began slashing benefits and removing things like “prescriptions,” and “hospitalization” from the list of required services insurance companies must provide.

“I think that you should vote. I came here to vote, not to just have things fizzle because people are having challenges. I think that the country deserves to know who supported this bill and who didn’t.”

The Congressman’s misstep came when he predicted that if Republicans cannot repeal and replace Obamacare as promised by 2018, they will lose their Congressional majority – and in doing so, will see their president unseated.

“If we fail to repeal this law, I’m just telling you, Rick, you heard it here first, we will lose the majority in 2018, and then what you’ll have is you’ll have Nancy Pelosi as Speaker and she’ll probably impeach Donald Trump in the first 30 days of being Speaker.”

Of course, the only way Pelosi could achieve such a feat is if there were actual evidence and reason to impeach the POTUS. If partisanship alone could succeed in kicking a president out of office, far-right conservatives would have seen the back of President Obama long, long ago.

It is clear to anyone paying attention that the Republicans working for and working with President Trump are invested deeply in protecting the president from an avalanche of legitimate conflicts of interest and other ethical and constitutional violations.

As it stands now, it appears certain that any Republican majority will insulate the president from historically unfavorable ratings and will hinder and hide legitimate investigations from the public (see: Nunes), just to keep their messy majority.

But as Gaetz made clear, even the freshest of representatives see the blood in the water and know that if elections get in the way of their Republican firewall, the next victim will be the President himself.