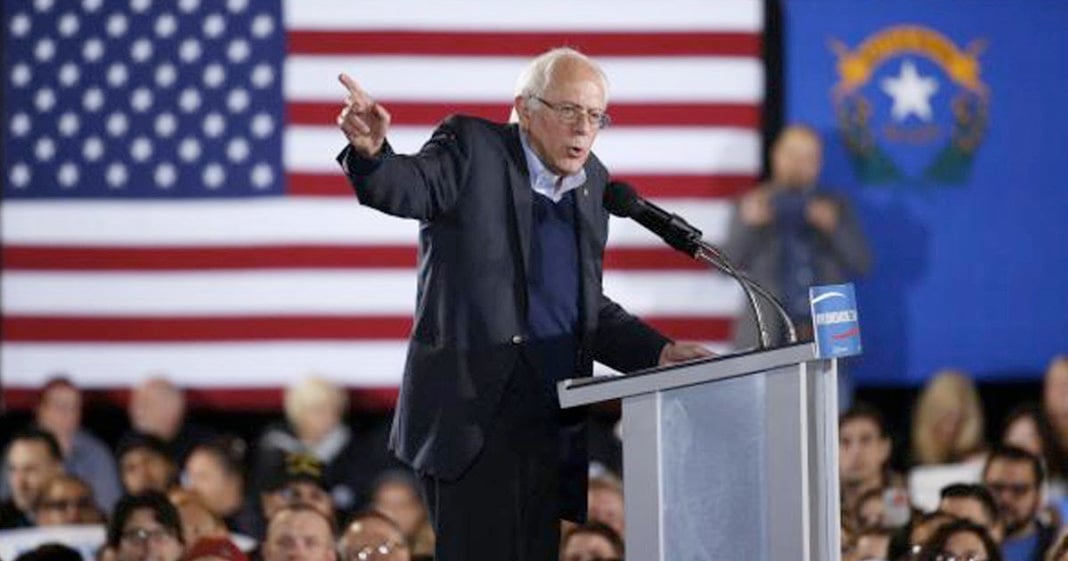 Now that the Republicans’ cobbled-together healthcare plan the AHCA is kaput, Senator Bernie Sanders has returned with one his most popular campaign topics: Medicare-for-all.

Speaking on MSNBC on Friday, Senator Sanders indicated that he was soon to introduce legislation in order to achieve the long-held progressive goal of applying the government program of Medicare to all American citizens. Sanders has long argued that the best plan in American would be to create a single-payer system that could streamline healthcare in America and ensure that all Americans have access to comprehensive healthcare.

During the debate over the AHCA, we not only learned that Americans are not interested in losing Obamacare, but that they are more open than ever to a socialized medical system in America to match the rest of the modern world. With the monumental failure of the Obamacare replacement, the door is now wide open for a more left-leaning approach to be taken.

Senator Sanders saw this firsthand during a West Virginia town hall in coal country earlier this month when he was able to convince a room full of middle-Americans that healthcare should be a right of all citizens.

Speaking with MSNBC‘s Chris Hayes on Friday night, Senator Sanders addressed the real adversary in the fight for healthcare for all:

“We have got to have the guts to take on the insurance companies and the drug companies and move forward toward a ‘Medicare for all,’ single-payer program. And I’ll be introducing legislation shortly to do that.”

The reality is that progressives like Sanders recognize that Obamacare has many flaws. While it is certainly better than whatever Frankenstein legislation Paul Ryan attempted to cobble together, it is far from ideal.

If we can continue the momentum created by the AHCA and its debate, we could possibly achieve something monumental from the ashes of the Trump administration.