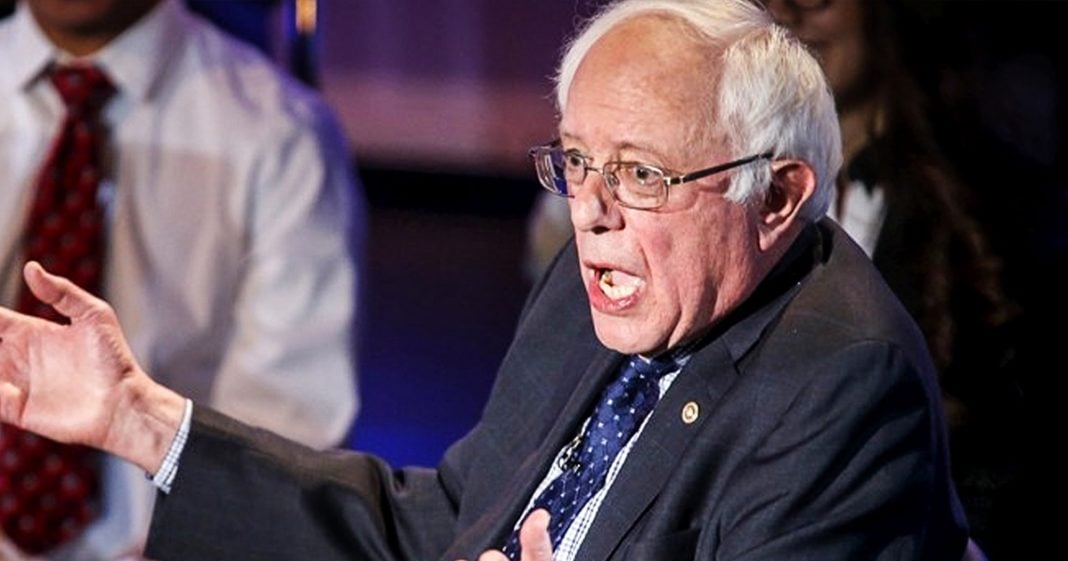 With the plan to “repeal and replace” the Affordable Care Act dead for the moment, Senator Bernie Sanders is trying to make the most of the situation by renewing his push for a Medicare for all, single-payer healthcare option for the United States. Ring of Fire’s Farron Cousins discusses this.

Senator Bernie Sanders understands that in American politics, you have to strike while the iron is hot. That is exactly what he is doing. Since Friday, since the failure of Trump Care or Ryan Care, or whatever you want to call it, Bernie Sanders has renewed his push for a Medicare For All style of healthcare in the United States. A move that is actually supported by many progressive, most progressive organizations, the PCCC, Medicare For All, Social Security Works, CREDO Mobile, organizations that have staunchly defended progressive values for years, they’ve come out in support of this. Representative Keith Ellison is on board.

That’s what this Medicare For All plan is about. It’s about giving people an alternative to corporate health insurance. A government sponsored program that already gets more than a 60% approval rating from those in it, that’s what Medicare’s currently pulling at amongst people who enrolled in the program, and it would provide people with an alternative. They could buy into the government system if they wanted to. If they wanted to go with private health insurance companies, they could do that too. But there would be a cheaper, affordable alternative for people who cannot currently afford regular health insurance because we know that Republicans in the House of Representatives, in the Senate, they’re still going to repeal those Obamacare tax breaks. They’re going to make it impossible for people to get those subsidies to buy these corporate insurance policies. So a Medicare For All plan would allow them to still purchase health insurance at a reduced rate.

Perhaps the coverage isn’t going to be as great as you’re going to get with a Cigna plan or a Blue Cross plan, but it’s going to let people go the doctor and afford their medications because Bernie Sanders wants to include an amendment into this that would allow negotiation between the Federal government and the drug companies to provide lower cost prescription drugs for United States citizens.

But those idiots, both the Democrat and the Republicans in Washington D.C., don’t want to let us have that. There is no reason why. There’s no logic to denying it. It’s just the way they are. They don’t want anything to cut into the profits of the health insurance companies that are giving money hand over fist to both Democrats and Republicans, so they’re going to fight it. Because the more people that buy into a Medicare For All program through the Federal government means fewer people paying premiums to these greedy insurance companies that have been screwing us over for decades.