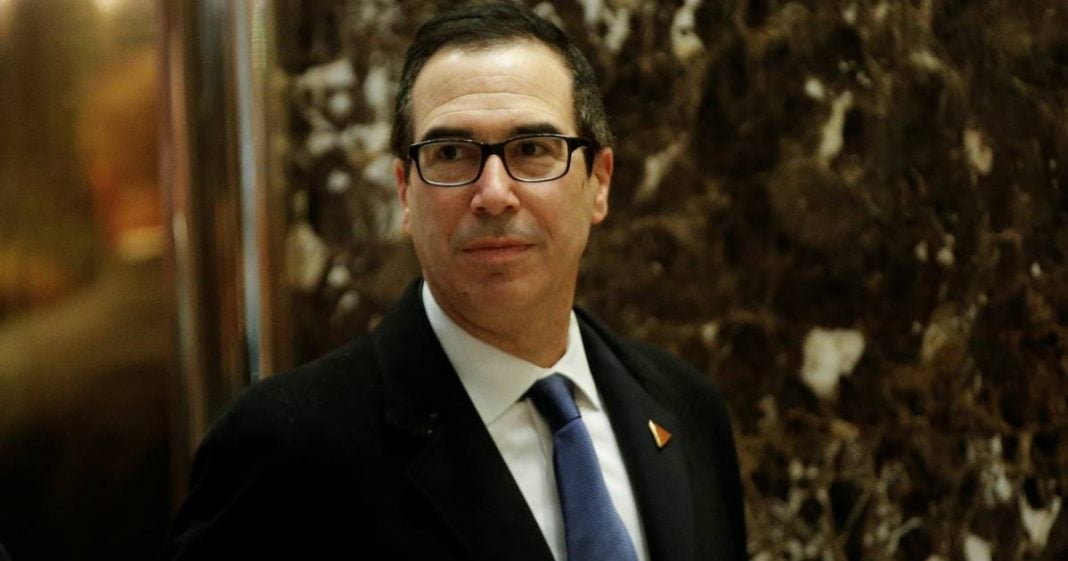 On Friday, Trump Administration Treasury Secretary Steve Mnuchin pulled a “Kellyanne” when he urged those in attendance to go see a movie he produced, violating the ethics of his office.

Mnuchin sat for an interview concerning his career in film, and it was one particular question that spurred the violation.

Axios executive editor Mike Allen asked Mnuchin if he had a movie recommendation to make.

“What’s a movie that we should see?”

Instead of recommending a favorite of his, he chose to promote a movie he was financially involved in, “Lego Batman.”

“Well, I’m not allowed to promote anything that I’m involved in,” Mnuchin began. He should have stopped there. Instead, he continued:

“So I just want to have the legal disclosure that you’ve asked me the question and I am not promoting any product. But you should send all your kids to ‘Lego Batman.'”

Mnuchin said it jokingly, but nevertheless, he used a public platform – a platform given to him most primarily due to his political status – to promote a personal investment.

His action was exactly like the actions taken by Kellyanne Conway when she urged viewers while on a national broadcast to purchase clothing and accessories made by Trump daughter Ivanka. But then again, Conway received no punishment for her unethical actions, why should Mnuchin feel the need to hold himself to any higher standards?