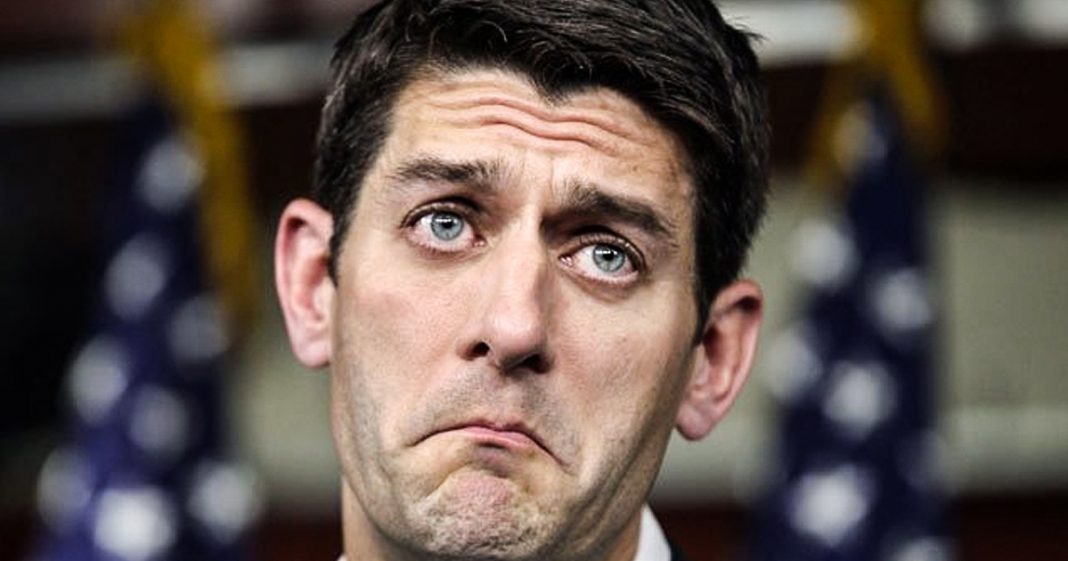 With the Republicans failing to even bring their disastrous Obamacare replacement legislation to a vote, Paul Ryan was effectively silenced on one of the only issues he’s discussed for the last seven years.  This is bad news for Ryan’s future and even worse news for average Republicans.  But Progressives are already looking to be in great shape headed into the 2018 midterms, and they can capitalize on the GOP’s failures. Ring of Fire’s Farron Cousins discusses this.

Here’s why. Paul Ryan has done nothing but talk about repealing Obama Care, coming up with a republican plan for over seven years. Every campaign that Paul Ryan has run since the enactment of the Affordable Care Act has been against the Affordable Care Act. That was his only campaign talking point ever. That’s how he became Speaker of the House, by telling everyone that John Boehner wasn’t tough enough on Obama Care. He would be tough. Put him in position. He’s going to make it right. He failed. He had one thing that he wanted to do as Speaker of the House and he couldn’t even get enough people to vote on it.

They could’ve voted, but it would’ve failed because they didn’t have enough republican votes. He didn’t even bother. He gave up before he even really tried. Donald Trump stepped in, tried to sell this bill to republicans and he failed. This is Paul Ryan’s failure first and foremost. This is the only issue this man has been talking about, the only issue he’s been Tweeting about, for years, and he couldn’t even do it.

What this means is that 2018 is going to be a very bad year for Paul Ryan, because in addition to trashing Obama Care for years, he’s also, in general, trashed President Obama. In fact, in a Tweet this morning, he said, “We’re going to work on repealing some of these confusing labor laws of Barack Obama.” All of the responses to that were: What is your obsession with this man? He’s not the president anymore. Why don’t you work on leading? That’s not going to work as a campaign strategy for Paul Ryan in 2018. He wants to continue to bash President Obama, to bash Obama Care, thinking that this is going to get him reelected somehow, but it’s not. The American public knows that the failure of the American Healthcare Act, the republican plan, was not because of democrats, it was because of republicans. It was because of Paul Ryan. It was because of Donald Trump.