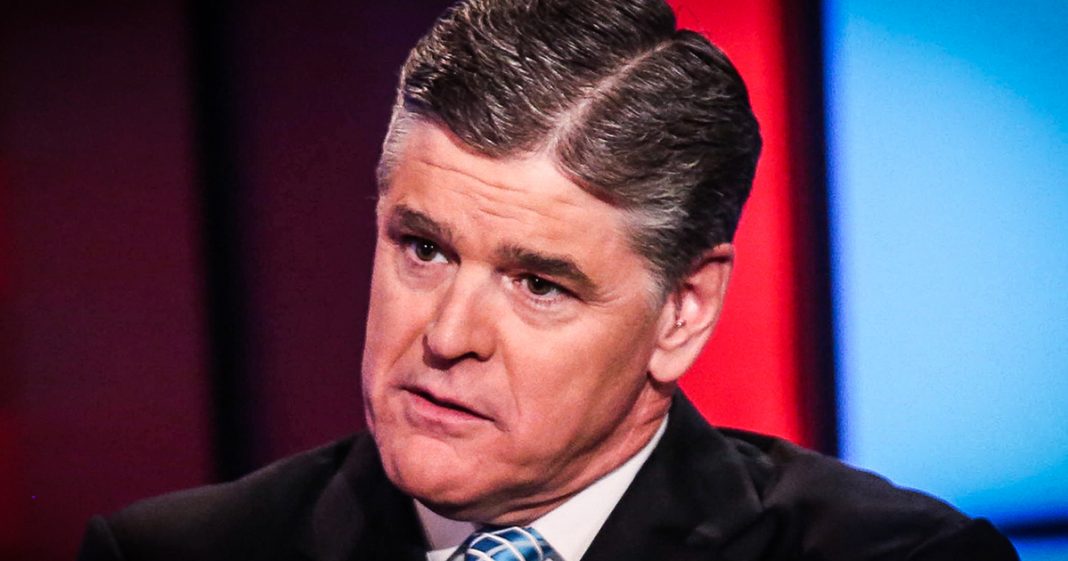 Ted Koppel was one of the last great TV news journalists, and during an interview with Sean Hannity recently, he explained to Hannity that his style of reporting, and even just Hannity himself, is bad for this country. Ring of Fire’s Farron Cousins discusses this.

This past weekend, on an interview that aired on CBS, legendary news anchor Ted Koppel told Sean Hannity that he is bad for America. The answer to that question, the fact that yes, Sean Hannity, you’re bad for America, actually came from a question from Sean Hannity, where he was trying to defend his cable news punditry, rather than reporting. You see, during the interview, Koppel was talking about the need for honest factual news reporting in the corporate controlled media. Hannity defended what he does, saying that it’s punditry. It’s political commentary and opinion, not news. Hannity has for a long time told us he’s not a newsman, he’s an opinion guy.

Then, Hannity asked, “Do you think I’m bad for America?” To which Koppel, a man who has spent his entire life as a television news journalist, not a commentator, told Hannity, “Yes. You are bad for America.” Ted Koppel could not be more correct in his assessment of both Sean Hannity and the current state of cable news in the United States. These outlets are not news reporters anymore. There’s no journalist. They’re simply opinion givers and commentators. They look at things that have happened and say, “Oh, well wow. Here’s my opinion on this thing.” They don’t go out there and discover this. They don’t go out there and find the evidence of corporate fraud or corporate misdeeds or disgusting foreign policy actions by the federal government. You know, things that we used to do, back in the 60’s and 70’s and a little bit into the 80’s, when we actually uncovered things and reported that.

Today, all it is is a commentary by these overpaid idiots who couldn’t even get a college education. Yet, we have millions of people in this country that tune in every day to get their marching orders from people like Sean Hannity. That’s what Koppel is talking about, him being bad for this country. The American public is not hungry for news. They’re not hungry for facts. They’re not hungry for statistics. They want their political ideology marching orders, and Sean Hannity comes on air and delivers those every single night. Are they based in reality? Absolutely not. Bill O’Reilly does the same thing and Tucker Carlson. You can go through the list almost every single person on Fox News.