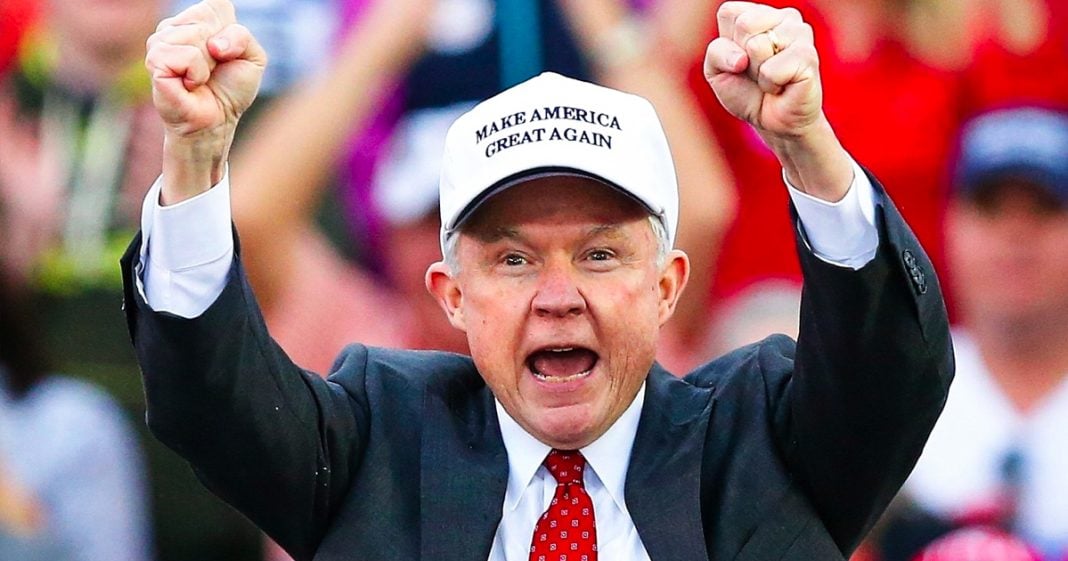 On Monday, Attorney General Jeff Sessions announced that the Department of Justice will work to withhold funds from sanctuary cities and communities that do not turn over undocumented immigrants to federal authorities.

Appearing at Monday’s White House press briefing, Sessions blasted communities that “frustrate” the process of turning arrested undocumented immigrants over to federal immigration authorities, threatening to withhold funds and even “claw back” past grants.

Making his case, Sessions cited a Harvard-Harris Poll that showed that 80 percent of voters say that local authorities should have to turn over undocumented immigrants to federal authorities. He also announced that the Department of Homeland Security found “in a single week more than 200 instances of jurisdictions refusing to honor ICE detainer requests.” He went on to name drug charges, DUIs, gang rapes, hit and runs, sex offenses against a child, and murders as the result of sanctuary cities refusing to hand over undocumented immigrants.

If a city wants to receive a Department of Justice grant, they will have to certify that they are compliant with immigration policies. The DOJ would even work to invalidate past grants awarded to cities that do not comply. Attorney General Sessions said that the Department of Justice will dole out over $4 billion in grants in the next year.

Reuters reported in January that the Trump administration’s crackdown on cities that harbor unauthorized immigrants would threaten “$2.27 billion in annual funds for the nation’s 10 largest cities.”

Some cities have said they don’t care if they lose federal funding, they will continue to protect undocumented immigrants. New York City’s Mayor Bill de Blasio and Chicago’s Mayor Rahm Emanuel have both said that they will continue to protect undocumented residents, despite the threat of lost funds. de Blasio has said that he will set aside $250 million in case the Trump administration cuts grants.

Despite what AG Sessions implied today, local gov’ts have broad authority to not participate in federal immigration enforcement. pic.twitter.com/cTbUzuBmpY

Sessions pointed out that the Obama administration originally issued the threat of withholding grants to sanctuary cities in July of 2017, but that policy was not enforced.

The threat against sanctuary cities is just another tactic by the Trump administration to wage war on undocumented immigrants in the US. The Department of Homeland Security has previously announced their plans to violate the privacy rights of unauthorized persons to build deportation cases, while also publicizing their arrests in a propaganda effort.

With Mexico unwilling to pay for Trump’s border wall, the President is attempting to sell the public on the evils of those coming to America simply for a brighter future. Trump’s wall is estimated to cost $22 billion, while the EPA, State Department, Coast Guard, and other crucial government programs face massive budget cuts.