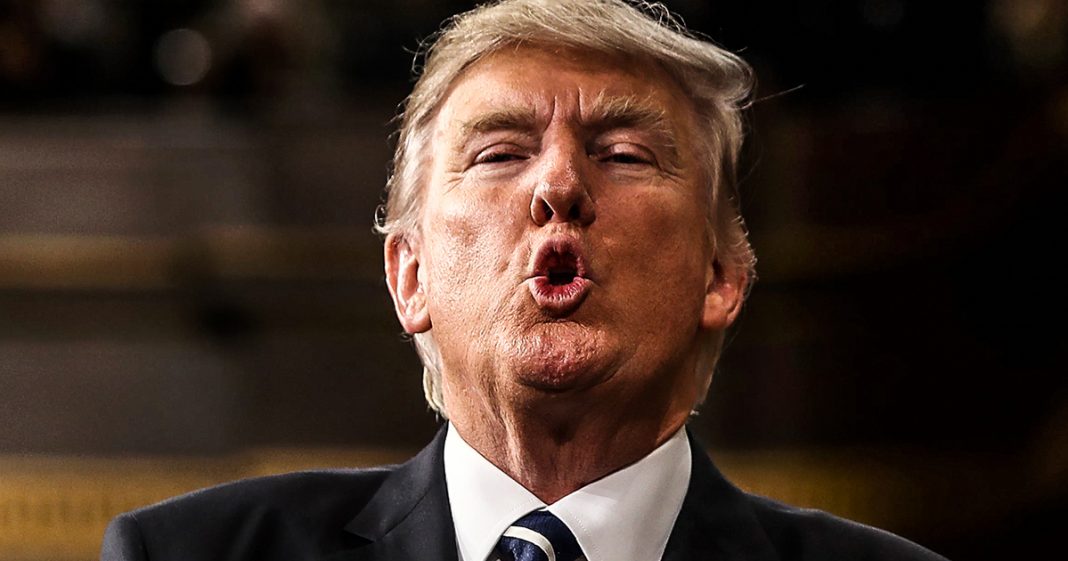 Helen Beristain from Indiana proudly voted for Donald Trump in 2016 because she supported his immigration ban and promise to ramp up deportations. Now she’s shocked to learn that her husband, an immigrant, is being deported due to Trump’s policies. Republicans don’t seem to grasp the fact that votes have consequences, and they need to read between the lines to fully understand what Republican politicians mean when they talk about immigration. Ring of Fire’s Farron Cousins discusses this.

Transcript of the above videos:

This week an Indiana woman, Helen Beristain, was shocked to find out that her husband, Roberto Beristain, is going to be deported. Now, Helen was a hardcore Donald Trump supporter and still is to this day. She voted for Trump, according to her, because she did not want drug cartels coming to America. She didn’t want drugs in our high school. “We didn’t want a murderer living next door.” Those were her words, and those are words specifically used by Trump and Helen to describe the immigration crisis in the United States. The only problem for Helen is that her husband was an undocumented immigrant from Mexico. Came into the United States in 1998 to visit an aunt, never got a visa, never left, stayed here. In 2000, he was detained when the couple accidentally went to Canada trying to come back into the United States. Immigration officials told him, “You have to leave the United States and go back to Mexico.” He never did that. Allegedly, he had been checking in for the last 17 years with the immigration agents. He got a visa. Stayed here, owns a restaurant, yada, yada.

Here’s the thing. Helen, the Trump supporter whose husband is now being deported from the United States, never in a million years thought that they would deport the good people, according to her. She even said that Trump promised that the good people would get to stay here in the United States. I hope this is a lesson to every single Republican in this country. First of all, when Republicans say, “We have an immigration problem,” they’re not just talking about the supposed bad guys like they tell us. They’re talking about any non-white citizen or person in the United States who came here from another country, okay? It’s code talk for non-white people. Understand that. Good, bad, doesn’t matter. They want them gone, Helen.

Secondly, he did technically break the law. By coming here and staying here as an undocumented immigrant, that is against the law, so even if you claim he’s a good one, in the eyes of the United States government he is a law breaker. Third, and this is the most important point, Republicans like Helen Beristain, like all the people in coal country pissed off about losing their healthcare and all the other people in this country who voted for Trump and are now terrified about the GOP healthcare plan, you have to understand that your voting habits, the people you support, those have consequences. When Republicans say they want to do something you better believe they’re going to try to do it if they get the numbers like they have now. Don’t think that, “Oh, it’ll never happen to me,” because it clearly is, on immigration, on healthcare, on pension benefits, everything. I feel some sympathy towards Helen Beristain and her plight right now, but at the same time, according to her own words, she voted for Trump to get rid of immigrants like her husband.