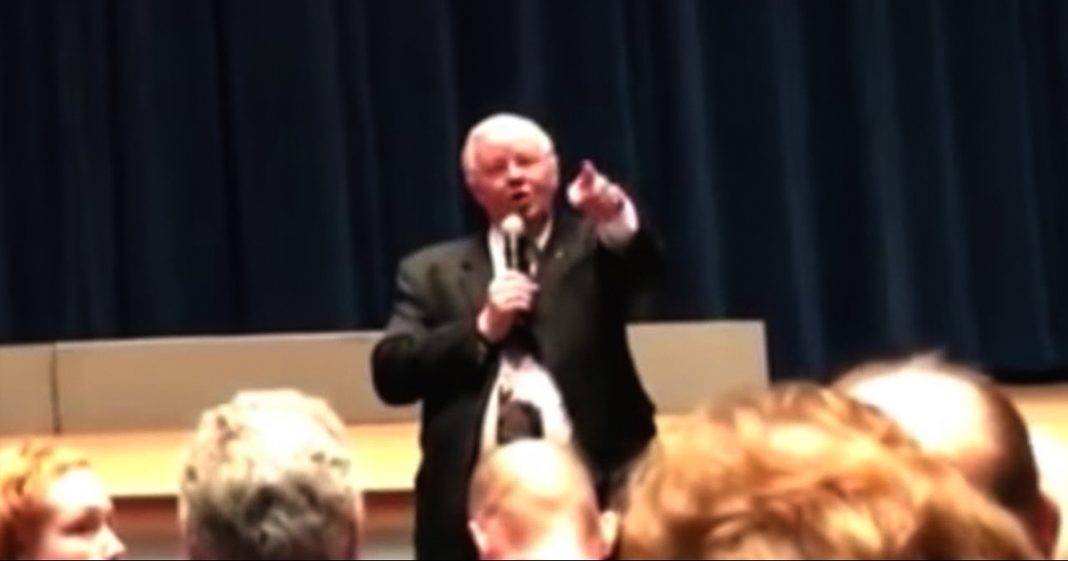 In this Majority Report clip, “Smokey Joe” Barton loses his temper with a constituent.

“…Nearly a month later, House Republicans have released their plan and those who had attempted to lie low during the first wave of tough questioning from concerned constituents are beginning to buckle under the pressure — with at least one GOP representative directly lashing out at a constituent during a recent town hall.

Texas Rep. Joe Barton snapped at a constituent during his March 11 town hall, telling the man to “shut up.”

In a clip of the exchange first published by The Dallas Morning News, Barton is grilled for failing to support legislation to combat violence against women…

Barton, by now visibly annoyed, points his finger at the questioner and angrily yells, “You, sir, shut up!”

The shocked crowd that had initially applauded Barton’s answer then begins booing their representative for his glib dismissal of a constituent.

Read the full story her: “You, sir, shut up”: Texas Republican congressman erupts at constituent during town hall