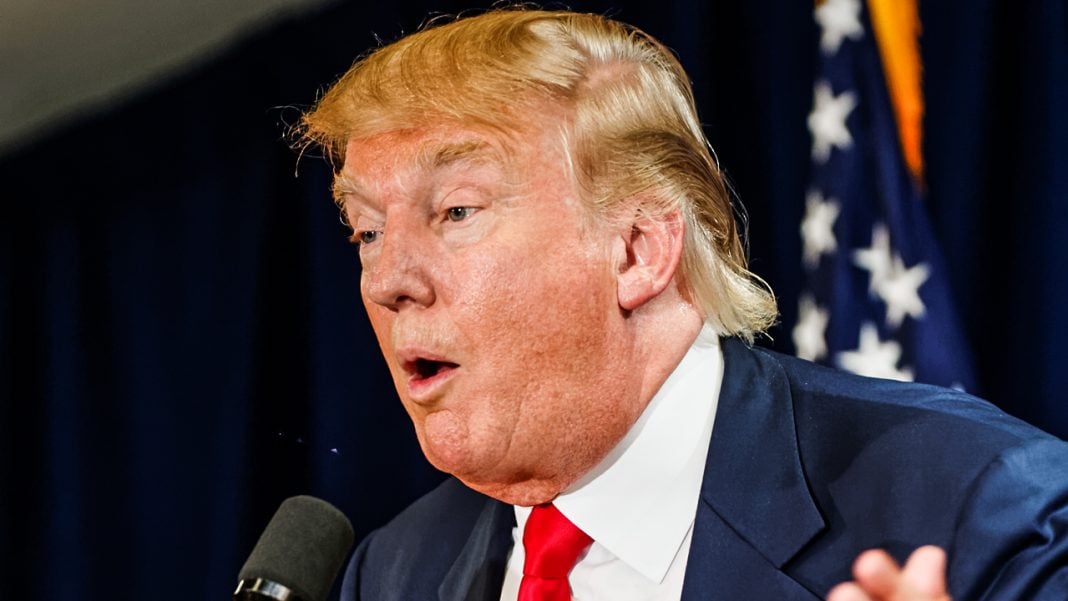 Donald Trump personally gave Transcanada the go-ahead to build their disastrous Keystone XL pipeline through the United States, a move that will undoubtedly result in vast environmental destruction and an increase in greenhouse gas emissions. But I guess those things don’t matter when a multi-national corporation stands to make billions of dollars in profit. Ring of Fire’s Farron Cousins discusses this.

This week, Donald Trump told the US State Department to go ahead and issue a permit to TransCanada, the company building the Keystone XL pipeline to go ahead and begin construction. The Keystone XL pipeline is absolutely going to happen in the United States. First and foremost here, the Keystone XL pipeline has nothing to do with American energy independence. It has nothing to do with American energy supply. All of those Republican talking points telling you that are complete lies. What this pipeline will do is ship oil and oil sands from Canada to the Gulf Coast where it will be loaded onto ships and sent to the international market to be sold. It’s not coming to the United States.

The second big lie we’re hearing about the Keystone XL pipeline is all the jobs. Wow, holy crap. We’re going to get so many American jobs. In the very beginning, TransCanada told us that we were going to get 20,000 permanent US jobs as a result of building this pipeline, and that is not a small number. That is a very significant number of jobs, but then they came out a few months later and said, “Well, we overshot that. It’s actually 6,000 jobs.” Then, about a year or two later, the State Department came out and said, “Well, according to the analysis and according to your numbers, it’s only 35 permanent US jobs that will be created by the building of the Keystone XL pipeline.” 35 permanent jobs, fewer jobs than you get from opening up a single fast food restaurant. Yeah, the Keystone jobs I imagine will probably pay a little bit more, but not that much. They’re not going to provide anything for local economies. This is a disgusting lie that Republicans love to tell you.

The biggest problem obviously is the safety of this pipeline itself. According to reports from TransCanada, flyover inspections of the pipeline will occur once every three weeks at most. Foot patrols, people walking along to make sure the pipeline is not leaking, will never occur unless a leak is already detected. A pinhole leak in the pipeline, which cannot be detected through their electronic monitoring systems, can release up to 700,000 gallons of oil into the environment every single day without being detected until a flyover occurs, which means we could go three weeks with 700,000 gallons of oil every single day spewing in in the environment without anybody noticing. That is one of the most dangerous aspects of this pipeline, is that there is no safety monitoring, and the technology that exists is not good enough to keep us safe. This thing is going to travel directly over the Ogallala Aquifer, water aquifer, that feeds millions of American citizens fresh drinking water, so a pinhole leak, 700,000 gallons a day, possibly directly into this massively important aquifer in the United States.

Republicans, Donald Trump, they think this is a great idea. Hell yeah. We’re going to let this company do this, come through the United States, tear up our land, destroy our environment, ship their oil overseas. Why? TransCanada, as its name implies, is not a United States company. The money that they make isn’t coming to this country. The oil that they ship isn’t coming to this country, so what the hell is in it for the Republican Party? Why are they so hell-bent on doing this? We get nothing from it. They’re not even going to get campaign donations from TransCanada. There is no logical reason or explanation as to why anyone in this country would support this pipeline, and yet Republicans in Washington are almost unanimous in their support for this piece of crap pipeline that unfortunately will now be a reality in the United States.