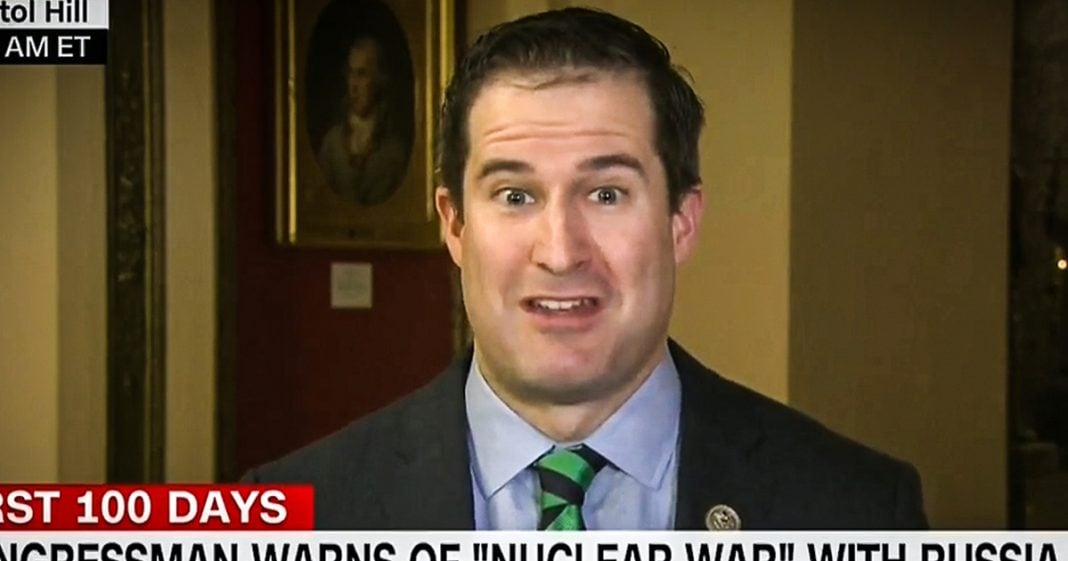 Last Friday, the anti-Russia hype machine was on full blast as Democratic Representative Seth Moulton decided to use decades-old information to condemn Russia. Appearing on CNN’s New Day, Moulton said that military officials, “for the first time” admitted that Russia broke the intermediate nuclear forces treaty and claimed that Trump isn’t doing anything about it. Ring of Fire’s Josh Gay discusses this.

But, there’s a problem with Moulton’s claim that this is some new development – it was reported in 2013 that Russia was in violation of the treaty – possibly dating back to 2008.

But, Moulton wasn’t done making his case for fallout shelters and a new arms race. He details that the US and Russia previously kept their fingers off the nuclear launch button because of mutually assured destruction – essentially that if Russia launched all of their nukes, the US would launch all of ours and the world would end. But… Moulton warns us that Russia NOW says that they will use smaller, shorter-range nukes to end a violent regional conflict – and he feels that the US is not prepared for that sort of conflict.

Moulton is correct that this is Russia’s doctrine – escalate to de-escalate. It is just that it became their doctrine in January of 2000, 17 YEARS AGO. To think that our military hasn’t addressed Russia’s short-range nukes in 17 years is absolutely stupid. I mean, I guess the most powerful military in the world COULD have ignored a major development from the OTHER superpower in the world… anything is possible, I suppose.

But stupidity knows no bounds when you are trying to incite a Cold War… no, you have to turn to hypotheticals like Moulton did. Moulton decided to ram his point home by asking… What if the Russians used a nuke on American troops training in Poland?? Wow… that’s a pretty bold “what if” – I mean, they have the ability, so what if they shot a nuke at NYC? London? We could play that game all day long.

Of course, I think it is necessary to point out that an uptick in military spending would tremendously benefit Massachusetts – they are home to Raytheon, GE builds jet engines there, and Moulton has called for the military to invest in robotics… like those coming out of MIT.

Lawmakers like Moulton are trying to ram us head first into conflict with Russia – but why? They want their defense contracts – but why not use North Korea or ISIS as your starting point? The answer has to do with Russia’s predictability. Russia has the ability to END THE WORLD – we KNOW they won’t risk that by going to all out war with us. They’ll play the world’s most dangerous game of chicken or set up proxy wars in countries we shouldn’t care about – but ultimately, they aren’t as nuts as North Korea or ISIS.

I also know that RIGHT now, as you are reading this, folks are hammering out the “when did RoF become pro-Russia” comments. First of all, no one has asked me to take a certain stance on this issue. My philosophy has ALWAYS been – diplomacy first. We have RAGED at Donald Trump for cutting the state department budget and raising the military budget. But, we all change our tune when it comes to Russia. Yes, we need to investigate Russia’s ties to the White House – Yes, Russia can be dangerous – Yes, Russia is scary – but we have to work WITH them or we’ll be DAMNED to another Cold War. The same goes for ANY country – we need to use diplomacy first – then have a strong military to back it up. But, we don’t need to be buying cases of MREs and hiding in our basement over 17 year old breaking military news.