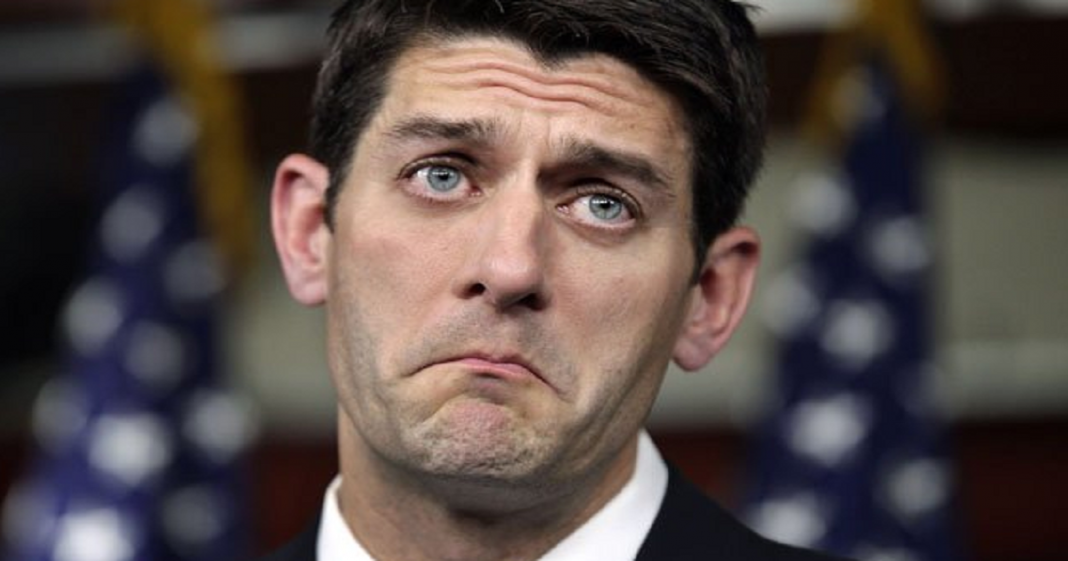 Amid a growing frenzy in Congress over the postponed vote for the American Health Care Act is the looming threat against Speaker of the House Paul Ryan’s very livelihood. As the health care bill continues to sink, many are beginning to wonder if it is a sign that Ryan should not be at the helm in the House as well.

President Trump was asked today during a brief press gaggle if he felt Speaker Ryan should remain in his position if the AHCA failed to pass. Willing to remain publicly loyal to Ryan for now, at least, Trump said “yes.”

Privately, Trump is reportedly regretful that he ever publicly supported Ryan’s brainchild healthcare bill at all.

According to the New York Times,

“Mr. Trump has told four people close to him that he regrets going along with Speaker Paul D. Ryan’s plan to push a health care overhaul before unveiling a tax cut proposal more politically palatable to Republicans.

He said ruefully this week that he should have done tax reform first when it became clear that the quick-hit health care victory he had hoped for was not going to materialize on Thursday.”

Still, if the bill does die on the House Floor, there is no telling who Trump will throw under the bus to protect himself. Already, he has begun blaming Congress as a whole, but if the bill does fail as it seems it will, he may need a bigger target for the GOP to focus on.

In fact, according to sources who spoke with Bloomberg, Trump’s White House is already setting the stage to place the entire blame on Ryan.

“I think Paul Ryan did a major disservice to President Trump, I think the president was extremely courageous in taking on health care and trusted others to come through with a program he could sign off on,” Chris Ruddy, CEO of Newsmax and a long-time friend of Trump’s, said in an interview last week. “The President had confidence Paul Ryan would come up with a good plan and to me, it is disappointing.”

Blaming Ryan does seem to be the smartest option for the take-no-responsibility POTUS. After all, Ryan was the architect of the badly-formed, universally opposed healthcare bill.

Clearly, the rising star of the GOP who was once a Vice Presidential candidate and has proudly served as the Speaker of the House may have simply bitten off more than he can chew, and in this Administration, there is no reward for failure.