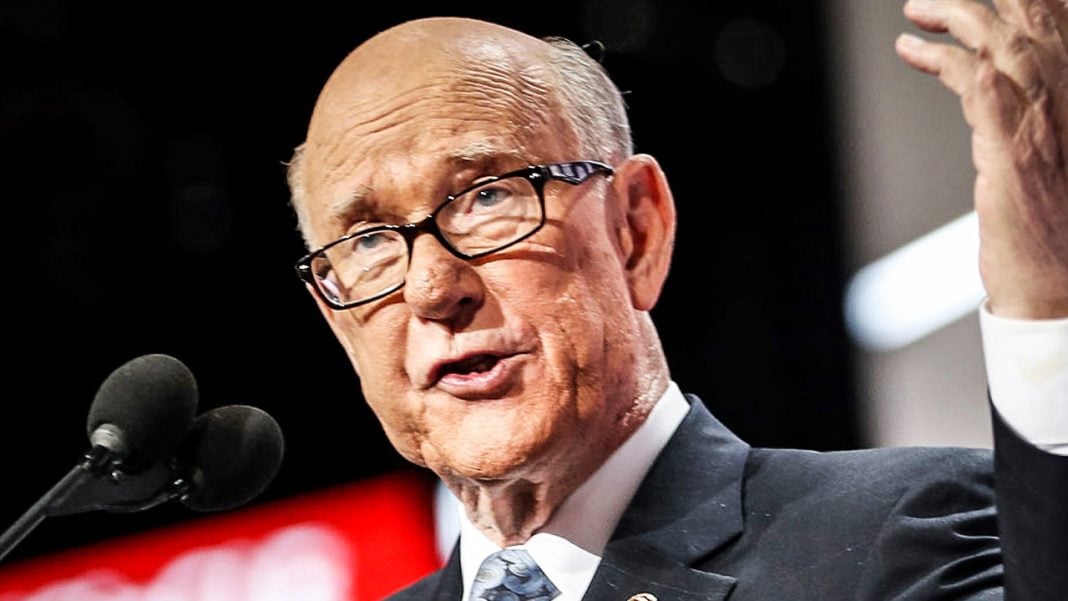 Republican Senator Pat Roberts from Kansas found himself in how water this week when he told a reporter that he, the senator, “wouldn’t want to lose his mammograms.”  This is typical behavior from Republican men who have made this healthcare legislation one of the most anti-woman pieces of legislation in recent history. Ring of Fire’s Farron Cousins discusses this.

Republicans Senator Pat Roberts from Kansas, a man, was asked by reporters this week specific questions about the American Healthcare Act to which Mr. Senator Roberts replied, “Wouldn’t want to lose my mammograms, ha ha ha.” He was mocking the female reporter who asked him a question. He was mocking every woman in the United States basically. There’s no other way to really say that. This man thought it was a good idea to joke with women about the fact that we’re going to strip you of services that help to keep you alive and he thought it was perfectly fine. Now, sure, later, after the backlash he came out and apologized and said, “Yeah, I probably shouldn’t have said that.” But that underscores the bigger point here. One, he felt comfortable enough saying it and, two, this piece of legislation, the American Healthcare Act, as it stands right now is probably one of the most anti-woman pieces of legislation that has come out of Washington D.C. in my lifetime.

It will strip women of their ability to go get mammograms. It’s not going to cover, most likely, pregnancies, childbirth, prenatal care, anything that has to do with women. It wants to strip the funding from Planned Parenthood, which provides medical services for low-income women all over this country. Doesn’t do anything for Viagra though, so don’t worry about that dudes. You got that covered. You can keep having sex until you’re 120. But if you’re a woman, sorry, there’s just no money for that. We can’t afford to have you go get these painful, invasive procedures done to make sure you don’t have cancer. Maybe you should have been born with a penis, huh, did you ever think about that? Maybe this is your fault that you’re not getting health care. That’s what Republicans think. I mean, we’re living in a time when Republicans, honest to God, believe that men are fair superior to women and that women do not deserve vital health services. You can’t say that I’m wrong because you can look at this piece of legislation and see that that is what they believe. You can look at the comments of Senator Pat Roberts and see that this is what they believe.

You know, there’s going to come a time when we eventually have enough women serving in the government, making laws, to where maybe we can repeal, since they’ve had their decades long war on women, maybe we can make it to where health insurance companies won’t cover things like Viagra. Maybe women can make statements like men do and say, “Well, if you’re impotent that’s God’s way of saying you don’t get to fuck anymore.” One day I hope that this happens, because then all of these elderly Republican men making decisions about all the women in the United States will finally know what it feels like to be discriminated against just because of your gender.