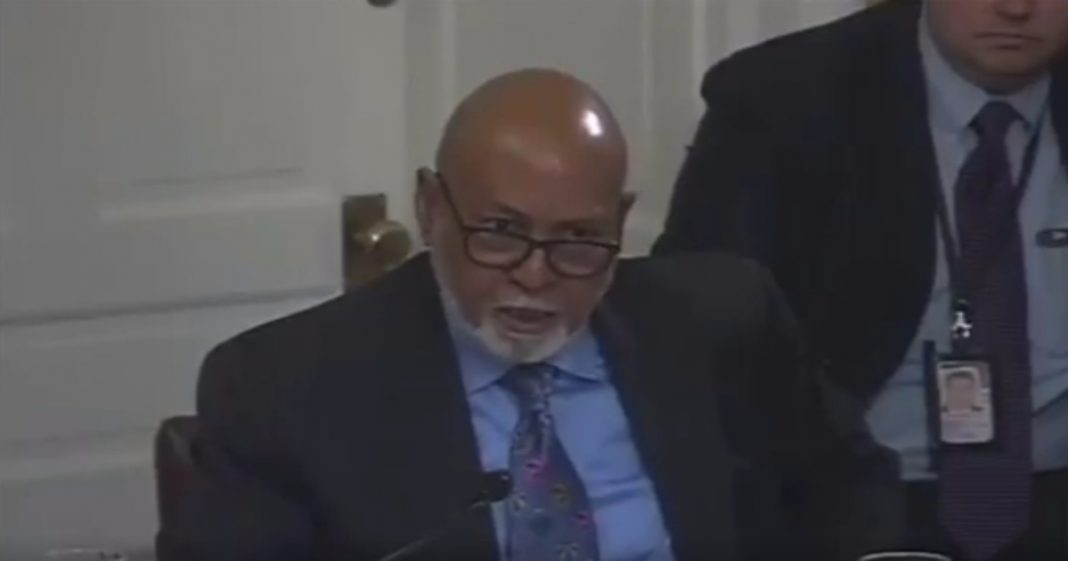 During ongoing debates and discussions concerning the American Health Care Act, a Florida Congressman was not afraid to get a bit heated when defending the poor in America from corporate-owned lawmakers.

Speaking out this week, Congressman Alcee Hastings of Florida rebelled against the efforts by bought-and-sold lawmakers to give tax cuts to the rich in exchange for worse coverage for regular Americans.

During an exchange between himself and Oregon Republican Greg Walden, Hastings expressed his outrage at the raw deal the AHCA was giving to poor Americans, but in response, his condescending colleague urged him to calm down.

“Tell me, tell me about the $800 billion dollars that’s being taken out of Medicaid, when in fact, all we had to do was leave the taxes that are here for very wealthy people – 400 people are receiving a substantial increase in [tax cuts]. That’s where they don’t need it. Do you NOT see how that affects Medicaid?”

“Okay, I’m going to try and bring the tone down,” Walden replied, waving his hands around.

Recognizing the vital nature of his outrage, Hastings took offense at the suggestion that he calm down and responded,

“I’m not gonna bring my tone down. I’m mad as hell about what you all are doing. I don’t have to be nice to nobody when you’re being nasty to poor people.”

Congressman Alcee Hastings of Florida is a Democrat who has occupied the seat since 1993.

Wow @RepHastingsFL when asked to tone down, “I don’t have to be nice to nobody when you’re being nasty to poor people” #ProtectOurCare pic.twitter.com/It0R8qlEmJ