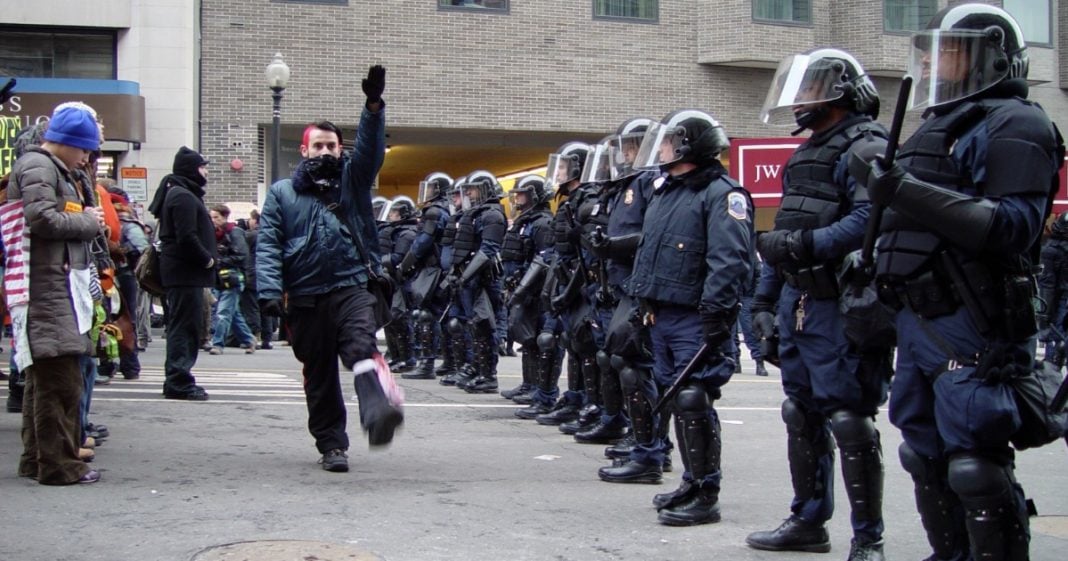 214 people are facing felony rioting charges related to Donald Trump’s Inauguration and now the government is digging through their cell phones.

Buzzfeed reported on Wednesday that court filings show that the prosecution in the rioting cases had search warrants to access the data in over 100 phones and successfully bypassed the phones’ lock screens to find evidence related to the case.

The government is planning on posting the information that they have retrieved from the phones on an online portal so that defense attorneys can easily look through the evidence. The portal will include personal information that may be irrelevant to the rioting case, possibly exposing victims to horrible breaches of privacy. The prosecution is now asking that the court order defense attorneys to not access irrelevant information.

Even with the court order, the portal could lead to widespread leaks and invasions of privacy with so many interested parties having access to the personal data. This highlights the concerns brought by defense attorneys over the trial being held in a group setting, as opposed to trying the cases individually. Defendants worry that the trial will be a guilt-by-association situation, with everyone being held responsible for the acts of a few.

John Adams, former Security Team Lead at Twitter, told Ars Technica’s Cyrus Farivar that upgrading and updating your device is the best way to make it more difficult for the government to get into your phone.

The case comes as many states are attempting to pass laws designed to discourage peaceful protests. Arizona, for example, dropped a proposed bill that would expand conspiracy charges to rioting, meaning that simply participating in a demonstration where someone commits an act of violence could mean jail time for all attendees.

Many defendants also feel that because they were protesting Donald Trump and the Department of Justice is now under the Trump administration, that they are being unfairly targeted. Requests to dismiss the charges on those grounds have not been addressed.