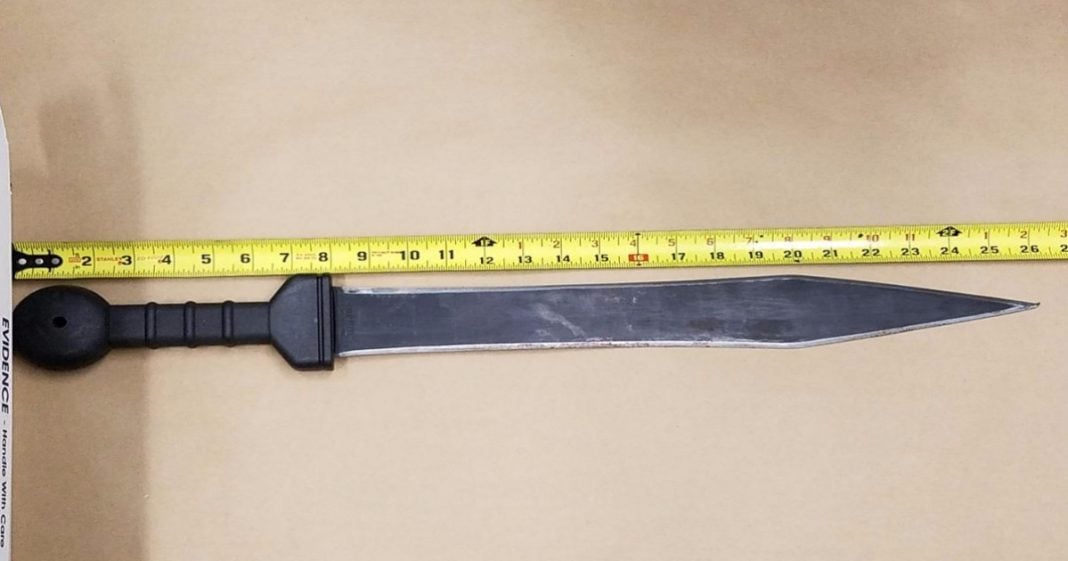 White Supremacist James Jackson intended his racially-motivated hate crime to be a spectacle, which is why he rode more than 200 miles on a bus from Baltimore, Maryland to New York City to stab a black man with a sword.

Timothy Caughman, the victim, was stabbed with a 26-inch sword right above his heart. Caughman was able to take himself, bleeding profusely, to a nearby police station and was rushed to a hospital where he died.

After committing the violent act, Jackson fled and went into a nearby McDonalds to clean himself up. The next day, he reportedly went online to see what level of media coverage his attack was garnering. 24 hours after the attack, he went to an NYPD Times Square substation and arrogantly stated,

“I’m the person that you’re looking for.”

The known supremacist turned himself into police after stalking and stabbing a black man – apparently one that Jackson did not know.

According to police, Jackson planned his entire attack, including the location, in order to obtain the largest media coverage possible. He wanted to draw attention to his hateful crime in order to provide a larger platform for White Supremacy and racial violence.

“I’d rather not get too specific, but in general he came here to target male blacks,” Aubry said.

Police say that Jackson talked openly about his hatred toward black men, particularly those who date white women.

Jackson has been arrested and charged with murder.