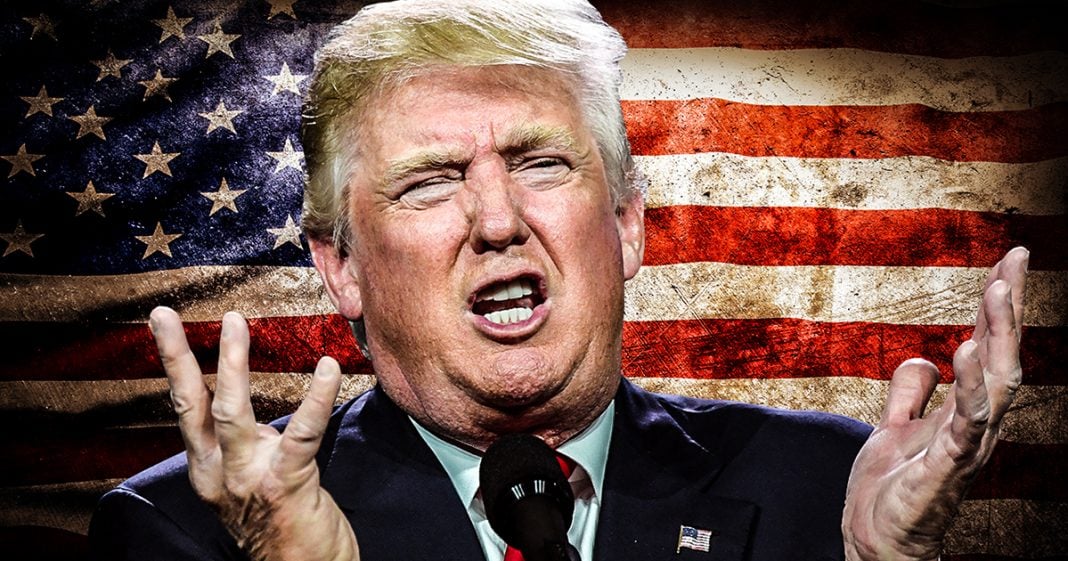 Time Magazine has published an interview with Donald Trump, during which the president said that he can’t be doing that badly because he’s still the president. It must be nice inside of Trump’s alternative reality bubble. Ring of Fire’s Farron Cousins discusses this.

Donald Trump gave an interview to Time magazine this week where he said basically a ton of crazy things but none of them were crazier than the last statement he made to the reporter doing the interview were he said that “I can’t be doing such a bad job because I’m president and you’re not.” As if that reporter had run for president and didn’t win or was a sitting president at one point but got removed. I don’t know exactly what Trump is trying to imply there but he’s using, hmm, probably a seven-year-old’s logic. I’m in charge and you’re not.

This is the most immature human being I think that we have ever had sitting in the White House and that says a lot because George W. Bush was insanely immature but that’s the extent of Donald Trump’s, I guess you’d call them comebacks or defense of his presidency. I’m president and you’re not and if I was doing a bad job, I wouldn’t be president.

Let me tell you something buddy, there’s a lot of people around this country working right now to make sure that you are no longer the president in the coming months and to be honest, that seems incredibly likely to happen. I personally do not believe that when we go into 2018, Donald Trump will still be the president of the United States. There is too much stuff adding up that’s going to eventually lead to some kind of impeachment, resignation or other removal from office for Donald Trump. Whether it’s his connections and campaign connections with foreign operatives or whether it’s his constant violation of the emoluments clause, something will take him down before the end of the year so his little defense of, I’m president and you’re not, maybe we should just let him say it for the next few months because he’s not going to be able to say it for very long.

Obviously, this man is going to a one term president. He understands that and that’s why he throws out these little childish insults. Also during that interview with Time, he defended his stance that Ted Cruz’s father is somehow connected to the assassination of JFK. This is an unhinged individual who has access to our nuclear codes. If he walked into the office right now and said “Send a nuke to Nebraska” they couldn’t tell him no. They would have to do it and this is a man who firmly believes in the conspiracy theories that he hears on info wars and the ones that he makes up in his own deranged brain but, as he says, he’s president and you’re not.