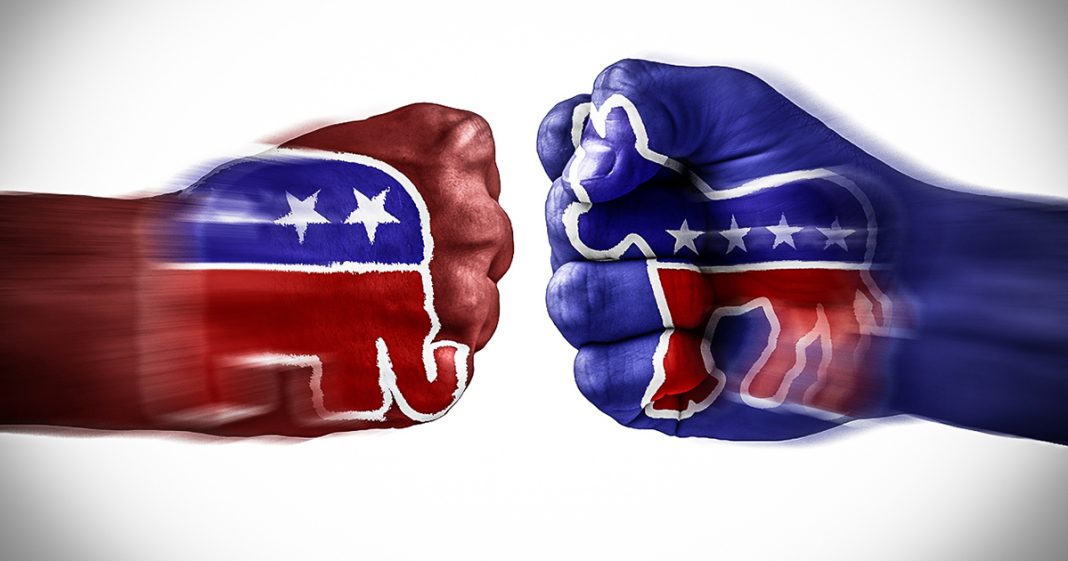 The Democratic Party has been given every break in the world right now with the constant scandals erupting from the Trump administration and the overall failures of the GOP, but instead of capitalizing on these failures, they are trying to fundraise off of them.  These people have learned nothing from their 2016 election losses. Ring of Fire’s Farron Cousins discusses this.

In the wake of the CNN report showing that the FBI intelligence agencies likely had information showing that Trump campaign officials colluded with Russian operatives, in the wake of that report, the DNC sent out an email to supporters linking to that report and then saying, “Give us money. Donate 25, 50, 100, 200. Whatever you’ve got, donate to us because here’s story that somehow proves I don’t know what.”

The Democratic party has bungled every single one of these misfortunes that have befallen the Trump campaign. Think about how screwed up Donald Trump is. The fact that he has people like KellyAnne Conway and Sarah Palin going out in the media and defending him and making him look even dumber. Sean Spicer making Donald Trump look worse. Unable to talk to the press. Donald Trump’s tweets, where he says crazy and insane things. His approval rating, 37%. The American Healthcare Act, everybody hates it.

But the Democratic party still cannot capitalize on the failures of both Donald Trump and the Republican party. How dysfunctional can you be as a political party to not use this to your advantage? Instead, all they want to do is use it to raise money, the same thing that kind of got them in the problem that they’re in in the first place. They were so concerned about raising money that they ignored issues and ignored voters all throughout this country. They’re doing the same damn thing today.

In fact, on this whole Trump Russia issue, the person who’s emerged as a leader, somebody that I guess should be respected, is John McCain. When John McCain is the most responsible, adult-like person in Washington D.C., we’ve got a very serious problem here because John McCain wants a war with Russia. He wants a war with Iran and Syria and everybody else. But you’re letting him go out there in the media, being the “voice of reason” right now.

That should be Democrats doing that. Every sitting Democrat in the House of Representatives and in the Senate needs to be on the phone all day long talking to reporters, giving interviews, going on TV, talking about how screwed up the Trump administration is, and why their party can do it better. See, that’s the thing. Democrats have that first part knocked down. They can talk about how horrible Trump is all day long but they suck at giving an alternative, saying why they’re better, saying what their plans are. That’s what helped sink Hillary Clinton’s campaign because she only talked about it 25% of the time. 75% of the things that came out of her mouth during the campaign were attacks on Donald Trump. So that, alone, doesn’t work.

The Democratic party has so much to work with right now. They’ve got the public supporting them. The public is showing up at town hall meetings, giving Republicans hell for trying to take away their healthcare plan. You have hundreds of state-level people registering as Democrats so that they can run for local and state elections under the Democratic banner to help change government in this country. But the people sitting in Washington D.C., the people in charge of the DNC, aren’t smart enough to be able to capitalize on what has proven to be the worst presidency in US history.