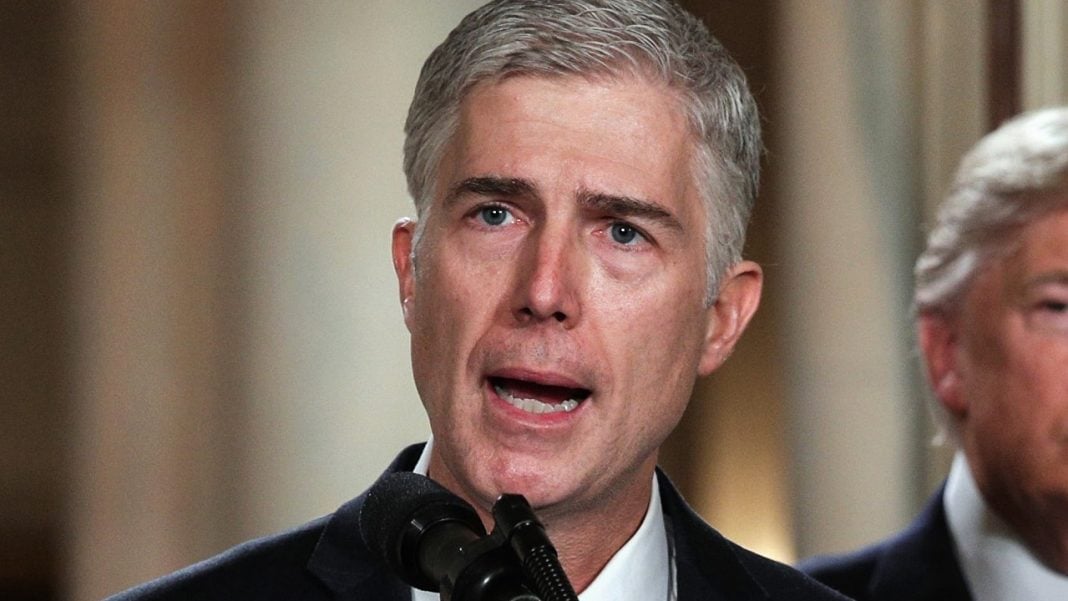 Does Supreme Court nominee Neil Gorsuch find human life to be of no value when weighed against the profits of a corporation, or is he simply following the law without question?

His dissenting opinion in what has come to be known as the “frozen trucker” case suggests a cold, calculating interpretation of written statute without allowance for mitigating circumstances. That dissent elicited some hard questions during his confirmation hearing before a Senate committee this week. But first, here is a bit of background on the case at the center of controversy.

In January of 2009, Alphonse Maddin was employed as a driver by the TransAm Trucking Company. He was driving on Interstate 88 through Illinois in sub-zero conditions. That night, with his fuel gauge reading at “empty,” he unsuccessfully attempted to locate a company-approved filling station. He finally pulled off to the shoulder for ten minutes, but when he tried pulling back on to the road, he discovered that the brakes of the trailer he was hauling had frozen. In the interests of safety, he stopped his rig and contacted the company for instructions. Maddin was order to wait while a repair truck from the company’s Road Assist service was sent to deal with the situation. That was at 11:17 PM.

Maddin eventually fell asleep in the unheated cab. Two hours later, his cousin Gregory Nelson called him on his cell phone. Nelson later testified that Maddin’s speech was slurred, and he was incoherent. As Maddin sat up, he felt numbness throughout his body – a sign of hypothermia, which can be fatal. He contacted TransAm Road Assist and informed them of what was going on, asking when the repair truck would arrive.

He was told to “hang in there.”

Finally, after three hours of waiting, Maddin became concerned for his life. He finally unhitched the trailer, pulled the tractor about a yard away, then contacted his supervisor. He told the supervisor of his physical condition, but was ordered to either stay with the trailer – despite the fact that his heater was inoperable – or drag it along, frozen brakes notwithstanding. Instead, Maddin drove away in the tractor to find help, abandoning the trailer.

One week later, Maddin was fired for abandoning his load in violation of company policy. Maddin filed a complaint with the Occupational Safety and Health Administration (OSHA), claiming that his firing was in violation of the Surface Transportation Assistance Act (STAA). When OSHA dismissed his case, Maddin appealed to the Department of Labor. There, an administrative law judge found in his favor, and ordered TransAm to reinstate Maddin with back pay and ordered that all negative information be removed from his record.

Gorsuch’s was the dissenting vote. Citing a number of cases as precedence, he wrote in his dissenting opinion that federal law “only forbids employers from firing employees who ‘refuse to operate a vehicle’ out of safety concerns.” He went on to say:

“The trucker in this case wasn’t fired for refusing to operate his vehicle…his employer gave him the very option the statute says it must: once he voiced safety concerns, TransAM expressly permitted him to sit and remain where he was and wait for help. The trucker was fired only after he declined the statutorily protected option (refuse to operate) and chose instead to operate his vehicle in a manner he thought was wise but his employer did not. And there’s simply no law anyone has pointed us to giving employees the right to operate their vehicles in ways their employers forbid.”

In other words, once Maddin informed his supervisor of his situation, TransAm was off the hook. According to the letter of the law, he had no choice but to remain with the trailer as instructed by his supervisor and in accordance with company policy – despite the fact that his life was in danger.

When called on his decision in this case by Senator Al Franken (D-MN) on Tuesday, Gorsuch acknowledged that his opinion may have been “unkind,” but that he was simply doing his job. Responding to Senator Franken, he said:

“The law as written said that he would be protected if he refused to operate and I think by any plain understanding he operated the vehicle. My job isn’t to write the law, Senator. It is to apply the law.”

To Gorsuch, it didn’t matter that there were mitigating circumstances – namely, that Maddin was in danger of freezing to death. The law favoring a corporation “person” over a natural person is the law, human life and safety be damned.

In his own defense, Gorsuch added:

“My job isn’t to write the law…it is to apply the law. And if Congress passes the law saying a trucker in those circumstances gets to choose how to operate his vehicle, I will be the first one in line to enforce it.”

In a recent interview with Ed Schultz, Mike Papantonio said, “[Gorsuch] demands that we follow precedent…this is a strict constructionist.” He also addressed a concern that many liberals and Progressives had in recent years, which is “legislating from the bench” – in other words, using the judiciary to create law.

Perhaps we can take some comfort in that. Nonetheless, there is the letter of the law – which Gorsuch considers absolute – and then there is the spirit of the law, which should be flexible and allow for mitigating circumstances, particularly where human safety and well-being is concerned.

In a time when more and more laws favor the rights of corporate “people” over those of natural humans, we have reason for concern that someone like Gorsuch should be given a lifetime appointment to a SCOTUS that already has four corporatist judges.