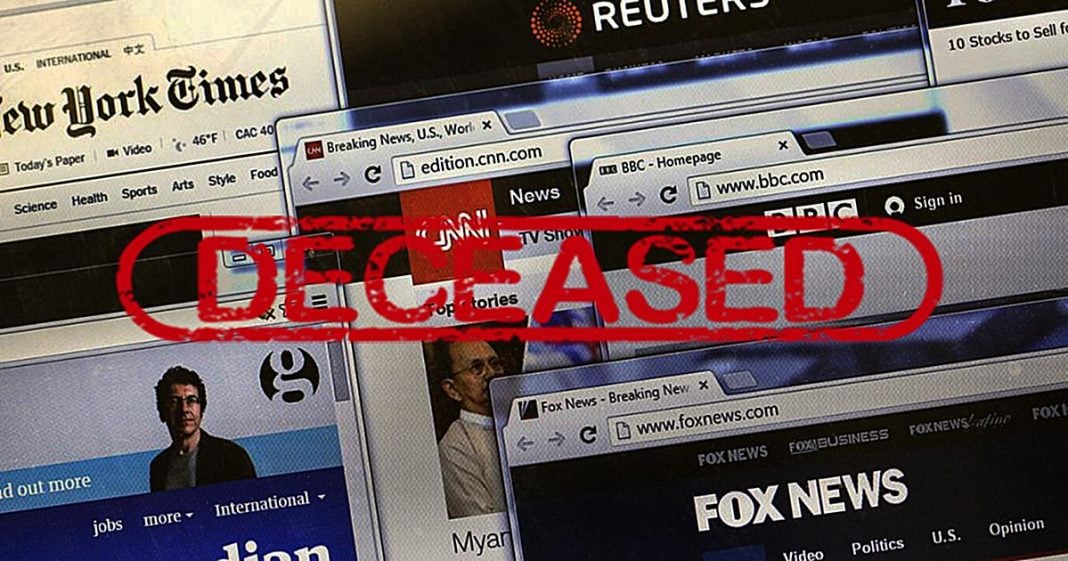 Wednesday morning, Time sat down with President Trump to discuss “truth and falsehood” in his ascent to the highest office in the land. The interview addressed Trump’s Twitter rants and his tendency to respond to issues without reviewing all of the information (Time’s questions in bold, Trump’s responses in plain text):

“Is there anything different about making these kinds of predictions without having the factual evidence as President?

I’m a very instinctual person, but my instinct turns out to be right.”

Throughout the interview, as he has done in the past, he deflected blame for his falsehoods and continued to point to respected news outlets as the sources of his information:

“The claim that Muslims celebrated on 9-11 in New Jersey…

Well if you look at the reporter, he wrote the story in the Washington Post.[…]

But I grant you some of those. But you would agree also that some of the things you have said haven’t been true. You say that Ted Cruz’s father was with Lee Harvey Oswald.

But traditionally people in your position in the Oval Office have not said things unless they can verify they are true.

While most of the media is going to hop on Donald Trump for his immature and inaccurate comments during the interview and his reliance on friendly news outlets for information, there is a more troubling trend that is highlighted. Yes, Trump is unprofessional and boorish, but he does have a valid point about trusting the media. Sure, he is the President and must have a more discerning eye, but even our nation’s most trusted outlets have churned out increasingly inaccurate information, without accountability.

The New York Times was wrong in their reporting on the wiretapping scandal, The Washington Post received classified information leaked from intelligence officials, then turned to bash those that leak information about intelligence officials, and CNN’s Donna Brazile admitted to forwarding debate questions to the Clinton campaign, but only regrets doing so via email, not the act itself. Trust in the media is DEAD.

This is why we have such trouble finding truth in reporting events like the Russian hacking or Trump’s wiretap claims. Trump is a oafish liar, we know that much. But we want so badly to believe that he was complicit in some salacious plot that news outlets and even Congressional leaders are grasping any piece of evidence one way or the other as the smoking gun, running up to the White House or the podium to announce to the world their ah-ha moment. But, how many ah-ha moments have we had without substance? We want so badly for it to be true, that we don’t care when it isn’t.

With an over-abundance of news sources and the veracity in which Americans consume like-minded information, the need to editorialize and sensationalize content is monstrous. The term “Breaking News” is thrown around without regard and applied to everything from Gorsuch arriving at a hearing that he was scheduled to attend to a major terror incident in London. We are numb to the media onslaught. A recent PNAS study backs this up, saying that news is no different from viral memes in terms of internet engagement:

“Despite the wide availability of content and heterogeneous narratives, there is major segregation and growing polarization in online news consumption. News undergoes the same popularity dynamics as popular videos of kittens or selfies.”

Whether you like it or not, news is a business. Ratings lead to advertising dollars, which pays the salary of the talking head that is tasked with growing ratings. With people increasingly engaging with partisan stories, it stands to reason that the media would have to give the people what they want.

We, the people, have asked the media to be more biased and in return, we trust the media less. According to Gallup, our trust in media has been in decline since 1997, hitting an all-time low of just “32% [of respondents] saying they have a great deal or fair amount of trust in the media.” While we should expect the President to verify a story before recklessly tweeting it, we also mustn’t take a story we read on Facebook or now even on a respected news outlet at face value.