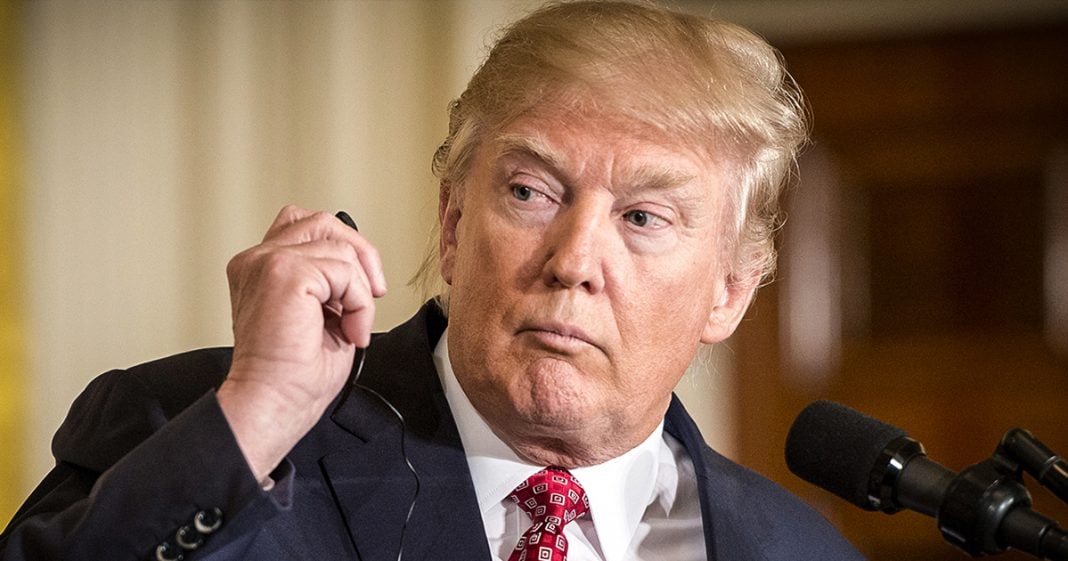 CNN released a report on Wednesday afternoon saying that there is solid information that members of the Trump campaign most likely coordinated with Russian operatives to release damaging information about Hillary Clinton. There are a lot of caveats in the report, and few specifics, so now we’re left with even more questions than we have answers. Ring of Fire’s Farron Cousins discusses this.

Late Wednesday evening CNN released a report saying that the intelligence community, the FBI has information that most likely links the Trump campaign to Russian operatives. They were discussing how to or if they could, should, would release information that was damaging to Hillary Clinton during the 2016 election. Now this report is quite the bombshell; however, it actually creates more questions than it gives us answers because at this point we do not who the alleged Russian operatives were. That alone creates more questions. One, was it somebody who worked for the Russian government under the direction of Vladimir Putin to have these conversations and release this information? Was it somebody who worked for the Russian government that was dissatisfied with the government and did this as a rogue operative, or was it some Russian person who hacked this information and met with Trump campaign officials that had no connection to the government? Those are the types of questions we need answers before we launch the new Cold War with Russia.

We cannot just say that the Russians did it when we don’t know if the person was working for the government, if they were independent, if they were under the direction of the government and so on. We have to have those questions answered. Furthermore, the report from CNN did not specifically say which members of the Trump campaign they were investigating. We do know that Michael Flynn, Paul Manafort, Roger Stone and Carter Page are currently being investigated, but we do not know if they are the people mentioned in this new investigation. We have to know who from the Trump campaign met with these people. Were they doing it under Donald Trump’s orders, or with his knowledge and so on?

Again, we have a lot more questions that still have to be answered, but I think at this point it’s obvious there was some kind of connection between the Trump campaign and somebody in Russia or somebody of Russian descent. I think at this point you have to be kidding yourself, if you think that there wasn’t a real connection there and perhaps this is because I work around a bunch of lawyers, we need more evidence before we can make any of those claims. Claiming something that’s not true such as a foreign leader committing espionage here in the United States could lead to an international disaster that we really, really don’t need right now in the United States. We need all of the evidence before we start making these claims.

A lot of people on social media, in progressive media, in conservative media, all over the internet and on TV are making claims that they shouldn’t be making right now. You cannot yet link this to Vladimir Putin. Until we have evidence of that, saying that he was involved is a very dangerous thing. What we need right now is more evidence. Is it likely that members of the Trump campaign met with members of the Russian government? Absolutely. I find it hard to deny that at this point. The evidence is becoming overwhelming, but we need more evidence. We need names, we need dates. We need places before we can say that for sure because at this point everything is simply speculation. Something like that is not going to hold up in court. We need evidence.

Here is my plea to any member of the Donald Trump 2016 campaign. If you have information, come forward. Share it with investigators in exchange for immunity because if you don’t, and they find connections, you’re going down with them. The first person to talk could potentially stay out of prison or at least stay out of prison for the entirety for the rest of their lives. People will start coming forward with information, if there is information to give. It’s only a matter of time. Until then, all we can say is that we need more evidence. We need names. We need positions. We need dates, and we need to know what they discussed and how that affected the 2016 campaign.