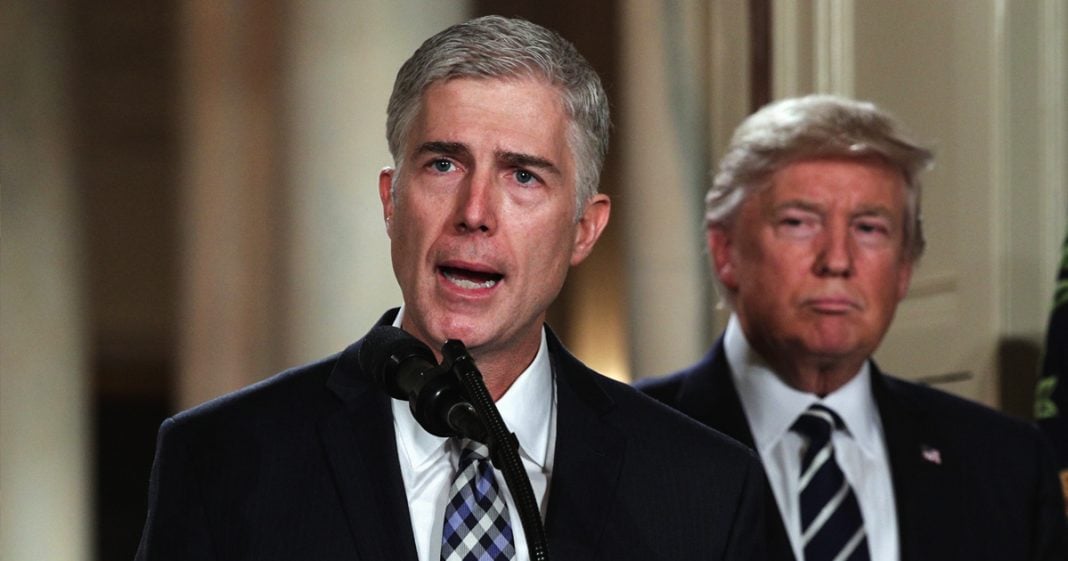 During the Senate Confirmation Hearing for Supreme Court Nominee Neil Gorsuch on Tuesday, the man hoping to become the next Supreme Court Justice appeared to issue some slight criticism to the conduct of Donald Trump – criticism which did not escape the POTUS.

Speaking about the integrity of federal judges, Gorsuch brought up a recent trend of accusing judges of relying on individual bias to reach a ruling, calling it “disheartening,” and “demoralizing.”

“When anyone criticizes the honesty, integrity, the motives of a federal judge, well, I find that disheartening, I find that demoralizing, because I know the truth.”

“Anyone including the president of the United States?”

Gorsuch simply stated, “Anyone is anyone.”

Though Press Secretary Sean Spicer later argued that Gorsuch was not speaking about the POTUS when he made his comments in the hearing, Trump wasn’t so convinced.

During an event Tuesday evening in Washington D.C., Trump continued to defend his travel ban before lobbing criticism at “somebody,” who accused him of being unfair to judges.

Most directly, Trump has criticized each of the federal judges who found his travel bans unconstitutional. The president went so far as to preemptively blame the federal judges for any future terrorist attacks thanks to their rulings.

Gorsuch clearly referred to the President when he expressed his concern as the POTUS has repeatedly attempted to smear the reputation of any federal judge who has dared defy him.

Both of these statements were made yesterday. The same day. A few hours apart. via @WillieGeist pic.twitter.com/WcKHaFHBXV