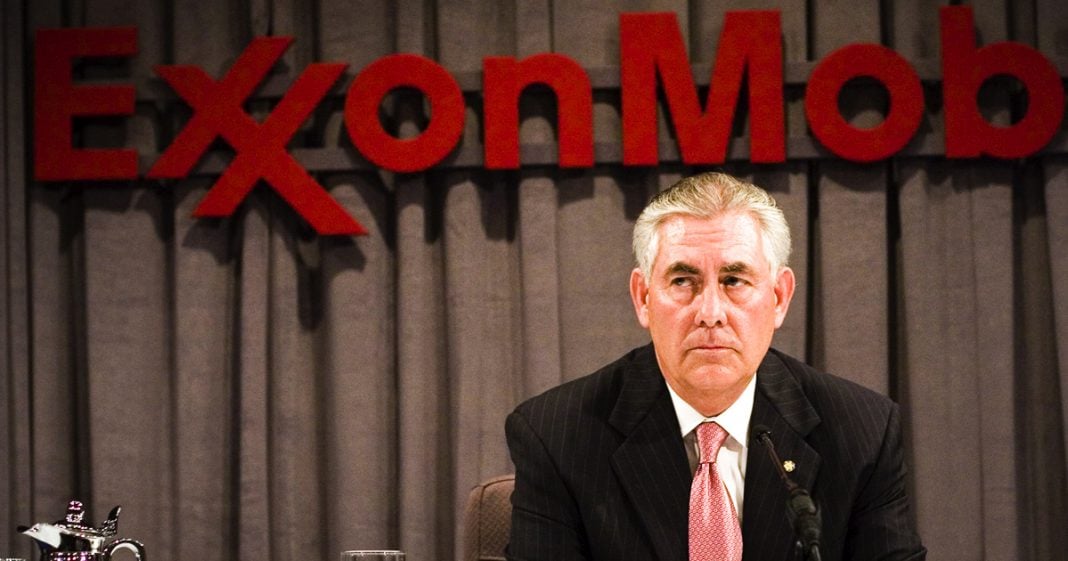 “‘I didn’t want this job. I didn’t seek this job.’ He paused to let that sink in.

A beat or two passed before an aide piped up to ask him why he said yes.

That is what Rex Tillerson told Erin McPike in an interview for the Independent Journal Review published on Tuesday. McPike was the only journalist invited to travel with the Secretary of State on his trip to Asia. “I’m not a big media press access person. I personally don’t need it,” said Tillerson.

The former CEO of Exxon Mobil noted that he had never met President Trump before the election, but the President-elect asked for a meeting to talk “about the world.” Trump would offer the State Department job to Tillerson at the end of the conversation:

“When he asked me at the end of that conversation to be secretary of state, I was stunned.”

Tillerson has come under fire for his disdain for the media. The State Department went nearly two months without a press briefing, in sharp contrast to the near daily pressers under the Obama administration.

Tillerson also broke with tradition and skipped the unveiling of the annual human rights report. The report, which is mandated by Congress, is usually revealed at a press conference by the Secretary of State. Traditionally, if the Secretary has been unavailable due to travel, another high-ranking official would preside over the presser. Instead, a State Department official held a conference call on the condition of anonymity.

“When I have something important and useful to say, I know where everybody is and I know how to go out there and say it,” Tillerson told McPike.

Perhaps by not speaking, Tillerson is showing that he doesn’t feel his work is important. The Secretary and President Trump may share the same idea that the State Department isn’t important. The President’s budget calls for almost 30% cut from the department’s budget.