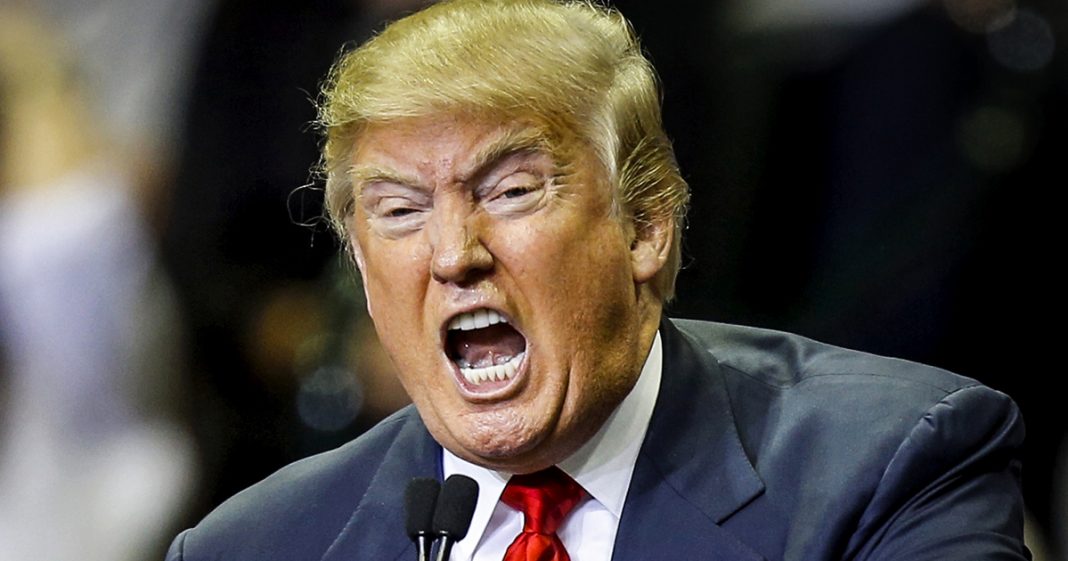 According to a report by The Washington Post, the White House is installing “senior aides” in Donald Trump’s cabinet agencies to serve as the president’s “eyes and ears” among his employees. To put it in simpler terms, they want to make sure that everyone is loyal to Dear Leader and doesn’t question his motives or sanity. Yes, these people are being spied on. Ring of Fire’s Farron Cousins discusses this.

According to a new report in the Washington Post, the White House has decided to install senior aides and senior advisors in cabinets all across the federal government. The Department of Defense now has a new person in there installed by the White House whose job it is to oversee personnel. They’re doing the same thing with the EPA, they’re doing the same thing at the Pentagon and other agencies within the Federal Government and it’s not to make sure that everybody’s doing their job properly.

According to this report by The Washington Post, the job of these Trump Administration officials in these cabinet positions is to make sure that everyone working in that cabinet is loyal to Donald Trump. They want to make sure that everybody working for this White House does what they’re told without question, without wondering what Trump’s motives are, or without questioning the decision-making skills of our dear leader. Yes, the White House has installed aides all throughout the levels of cabinets in the United States to spy on their own employees. They’re not even necessarily trying to find leaks. Sure, that would be a plus for them if they do but what they’re trying to do is make sure that everyone is unquestionably loyal to Donald Trump.

Now if this sounds familiar to you, it’s because that is literally what happened in Nazi Germany. They did the same thing. You had to take loyalty oaths and loyalty pledges. This is utter insanity and it’s now happening inside of our own government. You cannot get a job in the Trump Administration if you’ve ever said something negative about Donald Trump on social media. That story came out about a week and a half ago. They’re scouring the social media pages of conservatives to make sure they have never attacked Donald Trump if they want to get a job in the White House. That’s why currently the White House is dangerously understaffed because they can’t find enough people who are willing to blindly follow this man.

It’s getting worse. The fact that they’re now installing aides inside cabinet positions is disgusting. They want to make sure the people walking down the hall don’t say something like, “Wow! Donald Trump really screwed that press conference.” There’s no room for dissent. There is no room for questioning authority. There is no room for asking for accountability in the Trump White House. This latest move to make sure that everyone is on the up-and-up to have these people go in and be the eyes and ears of Donald Trump himself just proves that even further.

This is a terrifying time to be alive in the United States but, more importantly, this is terrifying for those people who work inside the White House because they don’t know on any given day if they’re going to be pulled in behind a closed door asked all these loyalty questions. “You know, how do you view Donald Trump? Do you like him? Do you like his haircut?” Because that’s the kind of narcissistic asshole that we have running this country today. You cannot say anything bad about him. You cannot disagree with him because if you do, you’re going to lose your job.