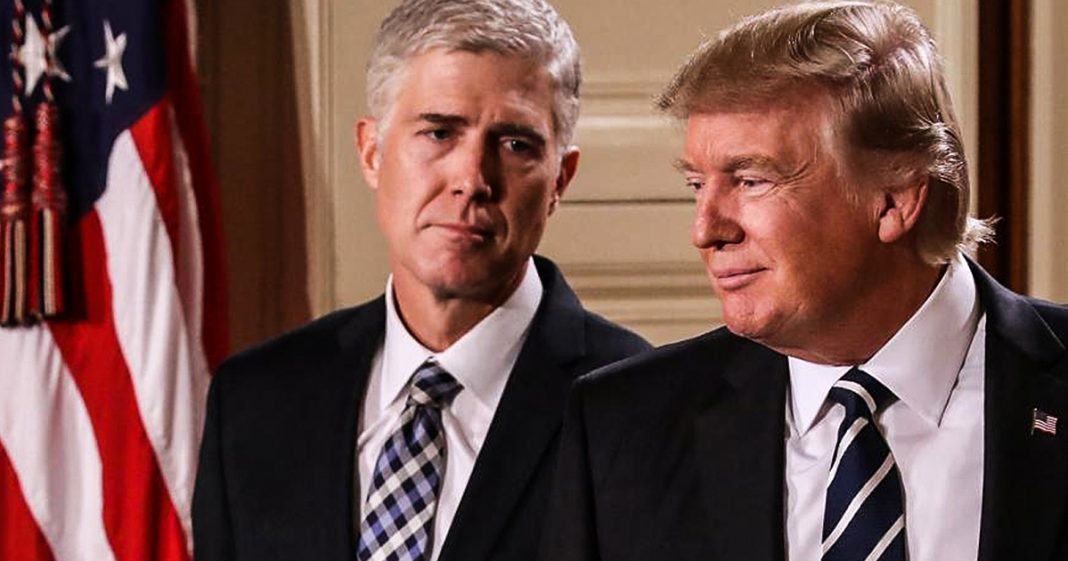 During his Senate Confirmation hearing, Supreme Court nominee Neil Gorsuch repeatedly and evasively refused to outright answer whether or not he considered Roe V. Wade to be “settled law,” leaving pro-choice activists extremely concerned about what the far-right nominee might do when faced with a constitutional challenge related to abortion.

Gorsuch explained his silence by arguing that giving his personal view on a settled case would indicate that he has already made up his mind – a perception he wishes to avoid.

“I would be tipping my hand and suggesting to litigants that I have already made up my mind about cases.”

During his hearing, Gorsuch also said that he would not be using his own personal beliefs regarding abortion or any other issue in his capacity in the Supreme Court, declining to offer those beliefs.

As anyone can see, pretending as if those on the Supreme Court can somehow transcend partisan politics and biases is nothing more than a fantasy, and Gorsuch’s reluctance to divulge his views is an attempt at distraction.

Gorsuch has widely been considered to be more conservative than his ultra conservative predecessor Antonin Scalia. In this light, knowing his views on vital issues like abortion and workers’ rights are an important step in fully evaluating his nomination.

Many on the Democratic side believe that no matter what he believes or says, Gorsuch’s main disqualifying factor is that his name is not Merrick Garland. Garland was nominated by President Obama in mid-2016 to replace late Justice Scalia.

Republicans in the Senate outright refused to even give a hearing to Garland, saying Obama had no right to appoint a justice so late in his term. Now, Democrats are pushing for their representatives to extend that same courtesy to the GOP SCOTUS nominee.