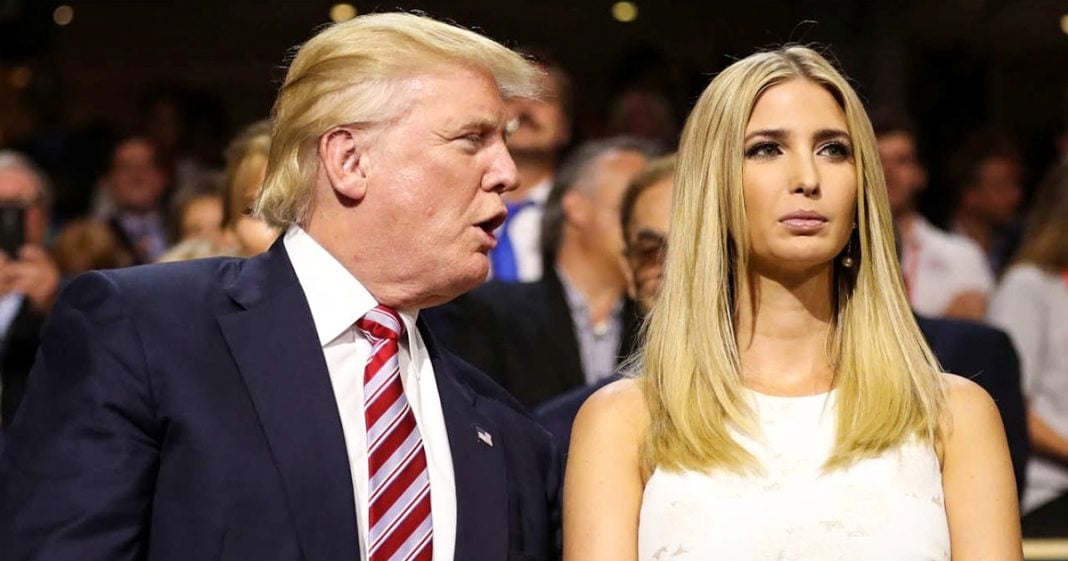 Despite having never been elected to office, and despite having non government qualifications to speak of, the President’s daughter Ivanka is reportedly being given her own office in the West Wing, and along with it, a bit of security clearance.

According to reports from Politico, Ivanka is stepping up her involvement in the administration after serving unofficially. She has been issued an office, security clearance, government cell phone and/or computer, and has been made a staffer in “everything but name.”

The attorney for Ivanka said that she will not be receiving a salary and won’t have an official position. Still, an office in the West Wing does seem very “official.”

Repeatedly, Ivanka’s presence at important meetings with even more important people have ruffled the feathers of those who cannot see why a private citizen – much less the president’s daughter – would be allowed to be present.

Just last week when German Chancellor Angela Merkel visited the White House to meet with President Trump, photos captured Ivanka sitting casually next to Merkel, chatting and waving around bangle-bedecked wrists (her own fashion line, of course). In fact, it seems that in every meeting and event Trump attends, so goes his daughter.

The First Daughter appears not to be concerned about the level of nepotism involved in her government climb, especially as Trump’s base adores Ivanka for her calming presence and attractive features. During the election and afterward, Ivanka served as the rational counter balance to her unhinged, hot-headed father, and she made sure to never rock the boat.

Thanks to her new involvement, Ivanka was forced to distance herself from the Trump business and brand, but it appears that she has not divested as she should have, but has rather left her business dealings up on a case-by-case basis. Not at all an ideal situation for a person whose family has shown they are extremely susceptible to corruption.