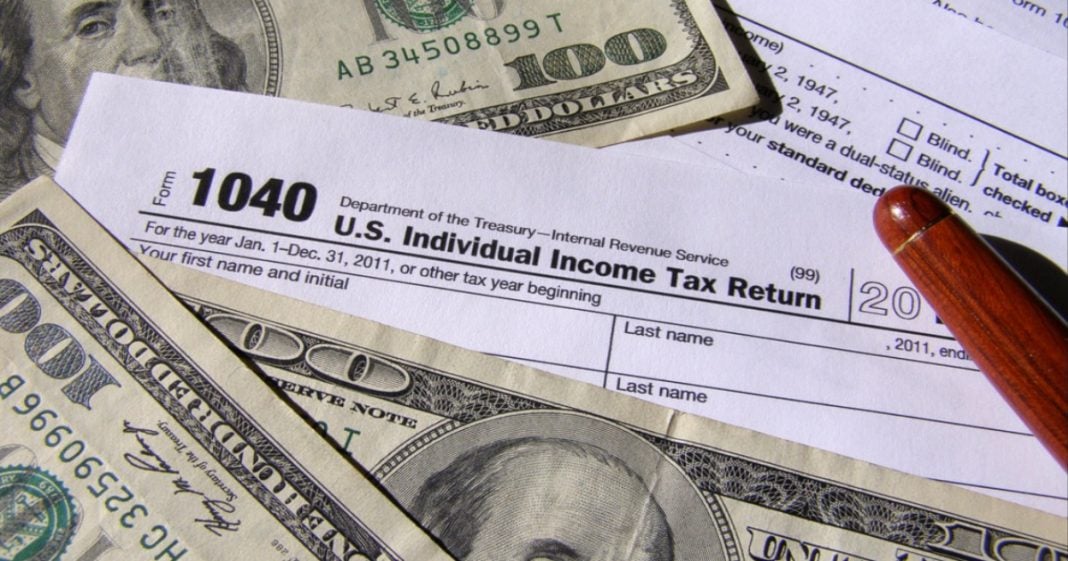 In the era of big data, you would think that the process of filing your taxes with the IRS would be simple, quick, and easy. But according to the IRS, the average person spends 8-hours and $120 on filing their tax returns.

This process isn’t just inefficient for the taxpaying public, but for the government as well. With over 70,000 pages of tax-related laws, case law, and instructions making up the tax code, the IRS spends billions of dollars simply collecting your money. So, why haven’t things changed?

According to Consumerist, you can blame the inefficiency to the  millions in dollars that tax preparers spend in lobbying efforts for the antiquated methods of tax filing. Back in 1998, the IRS Restructuring and Reform Act asked for the Treasury Department to come up with a streamlined system. The system would have taken all of the tax information that employers already provide, calculated an estimated return, and provide it to taxpayers for free. The system was supposed to be in place by 2008.

Instead, in 2002 the IRS enacted a new “Free File” program, negating the 2008 deadline. The Free File program allows members of the “Free File Alliance” to allow around 100 million taxpayers to use electronic software to file their taxes without a fee. The program has been renewed several times since 2002 and will at least run through 2020.

The Free File Alliance is made up of 12 companies, like Intuit (TurboTax) and H&R Block, that spend millions each year lobbying Congress to protect the tax-prep industry. According to ProRepublica & OpenSecrets.org, H&R Block spent over $3 million in lobbying efforts, while Intuit spent just under $2.5 million. They have pressured Congress to make the deal with the Alliance permanent and even worked against a bill that would have ensured that tax return preparers are properly trained. Lawmakers continue to bow to the tax prep industry at the expense of the taxpayer.

The government already receives the necessary information to work toward “return-free” filing, like Sen. Elizabeth Warren’s Tax Filing Simplification Act of 2016 proposed. But that bill never made it to a vote. Instead, the country will spend more than $12 billion dollars just to prop up an out-of-date tax-prep business more interested in up-selling you than filing taxes correctly. After all, we wouldn’t want to upset the $11 billion tax preparation industry.