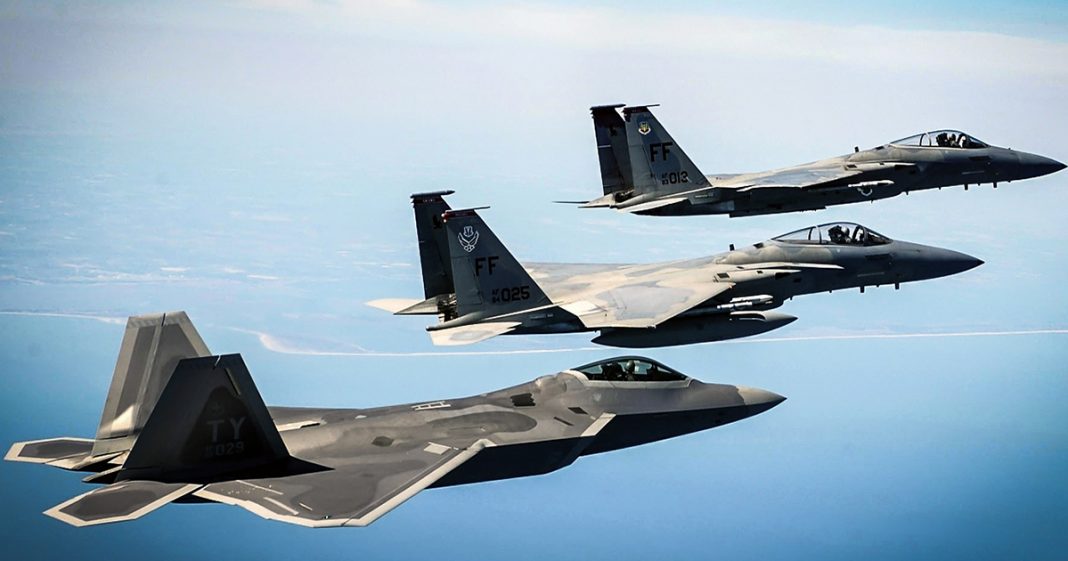 Have you ever wondered why companies like Boeing and Lockheed Martin – military defense contractors – advertise their companies on outlets like Fox News, CNN, and MSNBC?  Do they expect viewers to go out and buy missiles and fighter jets? No, they don’t, but they do expect those networks to help push for war, which they’ve done for years because it means more ad dollars from defense contractors. Ring of Fire’s Farron Cousins discusses this.

One of the most disturbing things from Donald Trump’s 2018 federal budget was the $54 billion increase in defense spending. Basically, he wants to cut every other program that actually helps human beings and spend that money instead on increasing military strength, but that’s just one part of the puzzle here. The big question is, why weren’t media outlets talking about this particular act more than they were? Why was this not big news, because we knew about the $54 billion increase before the budget actually came out? Yeah, they picked up the story here and there, talked about it for a few seconds and moved on, but there’s a reason why the corporate media refused to talk about this and give it the kind of coverage that it deserves. It’s because the people paying the bills at those corporate media outlets are defense contractors, at least partly defense contractors.

Think about this. When you watch MSNBC or CNN, Fox News, turn it on and leave it on and pay attention to the commercials. Undoubtedly, you will eventually see a commercial for Boeing or for Lockheed Martin, both huge defense contractors. The purpose of advertisements is to get you to buy their products, but last time I checked, neither Boeing nor Lockheed Martin made any consumer products. They make airplanes. They make fighter jets, but you don’t book a flight based on whether or not you’re traveling on a Boeing plane. You don’t even get to know that, usually, so why are they advertising directly to the American public? Are we going to go out and buy a jet? Are you going to go out and buy some missiles at the Lockheed Martin superstore down the street? No.

It doesn’t make any sense unless you think about the fact that these defense contractors buy advertisements on corporate media so that the media will back off them so that the media will help to push for the next war that could happen by the end of this year. We’ve already seen tensions escalate in North Korea. We have a situation in the Middle East that is deteriorating because of Donald Trump’s bungling of the entire area, and the corporate media is deafeningly silent about all of those issues because their corporate masters, the people who pay their advertising dollars, need those wars to happen.

They know that there is a fresh $54 billion sitting in the Pentagon, or at least will be pretty soon, and they want that money. That’s why they’re buying this advertisement space in the corporate media. It’s not because they want to sell you products. It’s because they want to buy the loyalty of the media. They remember how things played themselves out in the early 2000s when the corporate media helped push us into the Iraq War. The one voice out there telling us it was a stupid idea, Phil Donahue on MSNBC, was fired for speaking out against the Iraq War on the air.

The corporate media is paying attention. They paid attention then. They’re paying attention now, and they’re doing what they always do. They’re making sure that they’re buying the media’s loyalty so that when the next conflict happens, these idiots won’t ask any tough questions. They won’t ask why we’re going in. They won’t ask whether or not the intelligence is sound or if it’s faulty or based on lies. They’ll just go on the air and report that American corporations are kicking ass overseas.