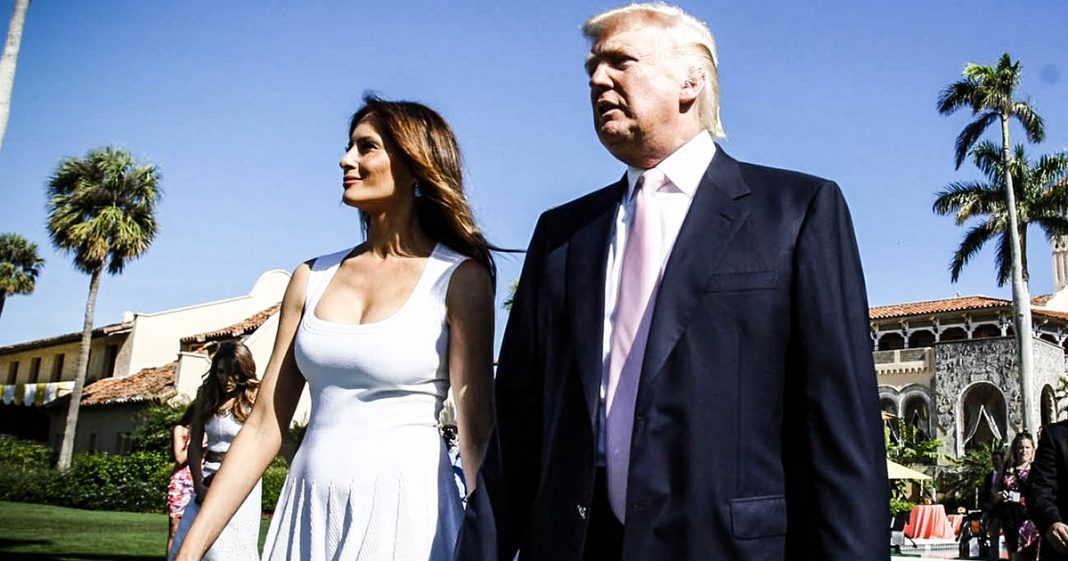 Donald Trump has already spent enough on trips to Mar-A-Lago this year to pay for nearly 6,000 people to get Meals on Wheels for an entire year. Each weekend, that number jumps higher, and by the end of the year, he will have spent more on personal trips to Trump-owned properties than we spend on the Meals on Wheels program each year. Ring of Fire’s Farron Cousins discusses this.

As Americans are still coming to grips with the disgusting budget cuts laid out by Donald Trump last week, people are starting to pay more attention to the money that’s being spent on Donald Trump and his vacations and his family’s vacations. For example, his older children, this past weekend, went to Colorado where more than 100 taxpayer funded Secret Service agents were forced to travel with them and protect them all throughout this trip. Millions of dollars for Donald Trump’s older children to go skiing. That was our money.

Donald Trump made his seventh trip to Mar-a-lago in South Florida this past weekend and his wife continues to hold their residency in Trump Tower, while Barron Trump finishes the school year, which costs us about half a million dollars a day. Every trip that Trump takes to Mar-a-lago is costing us $3 million a week.

Here’s the thing. With just the money that taxpayers have spent to send Trump back and forth to Mar-a-lago as of today, March 20th, we could’ve provided Meals on Wheels service for an entire year to 6,000 senior citizens in the United States, a program that Donald Trump wants to cut because there’s simply no money for it. The money for that program, for the afterschool program, for every other program that Donald Trump wants to cut, is actually going back to Donal Trump’s pocket. When he goes and spends taxpayer money at his own resorts, he gets that money back in the form of profits. He may not have access to it right now if it is in a trust, but it’s there waiting for him when he leaves office. It’s waiting for his family.

Every time we have to pay to house the Secret Service at Trump Tower in New York City, that’s money that goes back to the Trump organization. That’s taxpayer money. This man who refused to take his salary, and then said, “No, no, no. I’m going to take it, but I’m probably going to donate it so I get a bigger tax write-off and can screw over the taxpayers again,” that’s our money. That’s money that should be going to feed veterans, to feed senior citizens who cannot leave their home, to feed children in before and afterschool programs.