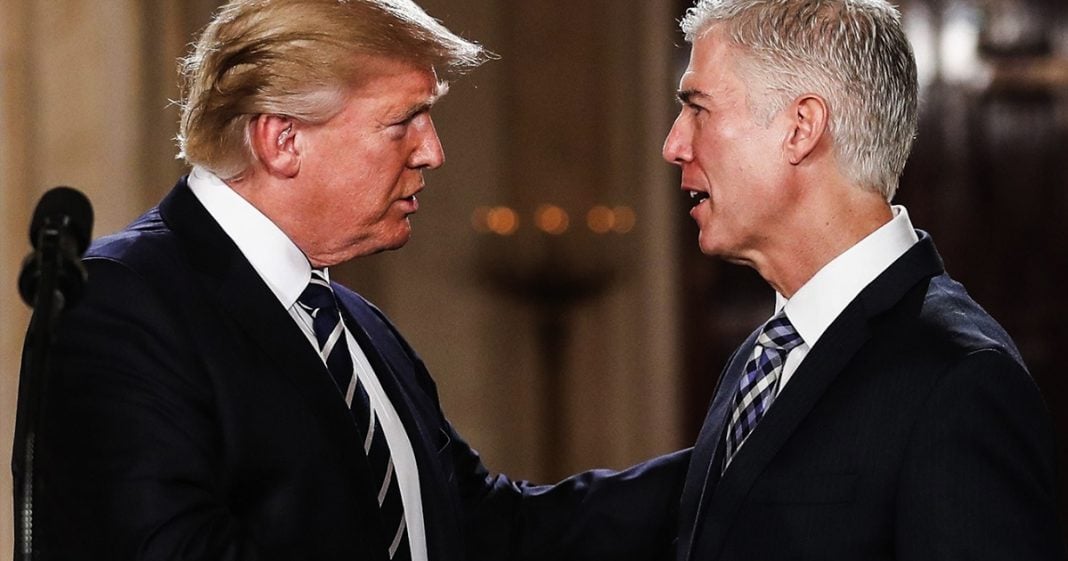 Amid a sea of other political issues to be concerned with, many liberals are finding it hard to really focus on the ongoing vacancy in the Supreme Court and the conservative nominee Trump has proposed to fill that seat. But with the hearing on Gorsuch set to begin this week in the Senate, it is important that we are aware of what his nomination and confirmation would mean for the long-term welfare of America.

Make no mistake: Neil Gorsuch may seem nice enough, but he is every bit of a conservative, and not someone that progressives should want serving on the highest court in the land. In fact, according to the Washington Post, Gorsuch would be the most conservative judge on the Supreme Court, beating out sitting Justice Clarence Thomas and even beating his predecessor, Justice Antonin Scalia.

And if Gorsuch is confirmed, the United States would be dealing with the reprocussions of that choice for decades, considering he is just 49 years old. Comparatively, Obama’s choice Merrick Garland is 64. Because Supreme Court Justices are in office for life – or until they choose to step down, the age of a nominee is incredibly important. Gorsuch could possibly stay in office for 40 years or more – shaping the nation’s constitution and legal cases for decades to come.

The Republican choice of Gorsuch makes sense – after all, he was nominated to replace the late Justice Antonin Scalia, one of the most conservative judges in recent history. And yet Democrats know, and should remember, that the spot Gorsuch is attempting to take should have gone to moderate Merrick Garland, nominated by President Obama this time last year.

Instead, Senate Republicans refused to even hold a hearing to consider Garland, accusing Obama of being a “lame duck” president and claiming that they wanted to American people to play a role in the selection of the next SCOTUS judge via the presidential election in November.

Unfortunately, as is often the case, we cannot trust the Democratic party to continue obstructing the nominee thanks to their almost relentless effort to play nice.

The Republican choice of Gorsuch gives no regard to Democrats, and is in no way a compromise. Unlike Obama’s choice, there is nothing redeeming from Gorsuch for liberal voters.

Democrats in office absolutely cannot compromise a nominee that was never intended to be anything more than the most extreme of choices.