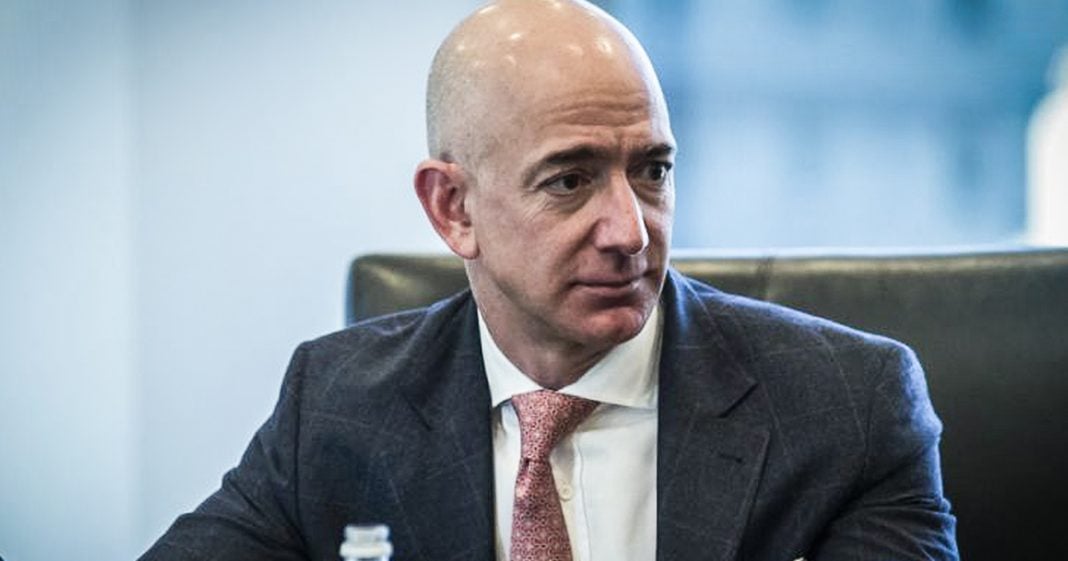 Last week, WikiLeaks dumped “Vault 7” – a trove of documents and software from the CIA’s Center for Cyber Intelligence. While we were shocked at the CIA capabilities and the fact that it all leaked, one media outlet attempted to calm our collective fears. But is there more behind the Washing Post’s desire to ease the fear surrounding the new leaks? Ring of Fire’s Josh Gay discusses this.

Last week, WikiLeaks dumped “Vault 7” – a trove of documents and software from the CIA’s Center for Cyber Intelligence. I’m sure you heard of the iPhone hacks, the CIA turning your TV into a spy device, and even efforts to pin hacking operations on the Russians. What may not be as well known is that the CIA has a well-respected news outlet on their side.

While we were shocked at the CIA capabilities and the fact that it all leaked, one media outlet attempted to calm our collective fears. The Washington Post put out articles showing that your car really isn’t at risk of being hacked, that Apple already patched their software, that Obama’s cyber officials had watched over the CIA’s processes carefully, that your encrypted data is still safe, and that the real villains here are WikiLeaks and of course the Russians.

Those stories should put me at ease. Thinking that my phone or tv, or as KellyAnne Conway thinks – my microwave, would be spying on me is a scary thought. But, thanks to the Washington Post, my trust in the CIA should be restored.

But think for a moment – why would The Washington Post so readily take the side of the CIA? Could it be that their owner has a massive contract with the spy agency? Jeff Bezos, who owns The Washington Post AND Amazon — negotiated a $600 million dollar contract for Amazon to provide cloud-based servers to the CIA. You would THINK that The Washington Post would maybe add a disclosure about their relationship to Amazon or the CIA – but they don’t think it is relevant.

And about that CIA / Amazon deal – The Amazon Web Services GovCloud hosts the CIA’s sensitive data – and intelligence officers have boasted about the software’s ability to allow them to develop secure apps and share lines of code much quicker.

Wait… develop apps and code… like those that would hack your TV or phone that were detailed in Vault 7? Well that would mean information got out of Amazon’s highly touted cloud servers and into the public’s hands… gee, no wonder Bezos’ Washington Post editorial board is so hard on WikiLeaks and Russia. Why would they want to advertise that their owner’s prized software was not only used to build tools to spy on Americans, but that it also put those same Americans in DANGER by being hacked.

It is also important to note that in 2016 elections, the Washington Post made sure to continually blame the Russians, with certainty, for the leaks of the John Podesta-DNC emails. But, that is because the DNC leaks showed an all-too-cozy relationship between Washington Post reporters and Podesta. Reporters would ask the Clinton campaign advisor for guidance on stories or give him a heads up when something troubling may be published. But, you didn’t read about those items in the Post. Instead they aimed their stories on the Russians. They painted a picture of a nefarious effort to undermine Podesta and highlighted Podesta’s call for investigations into the hacking. Podesta even wrote an opinion piece about the failings of the FBI in the Russian hacking matter. Of course, earlier this year, John Podesta was announced as a Washington Post columnist.

But, here’s another little tidbit – the DNC used a company called CrowdStrike for digital security. CrowdStrike relies on – you guessed it, Amazon Web Services for critical security components. Look, the WikiLeak hacks of the CIA or the DNC or the Syrian hackers efforts on the Washington Post may not have ANYTHING to do with the fact that they all run on Amazon’s cloud servers – but that connection certainly wouldn’t look good.

WikiLeaks has made a mockery of Amazon’s cybersecurity. How embarrassing would it be if it were simply a handful of small-time hackers, whether they were in Russia or elsewhere, that cracked Amazon’s servers? Instead it is MUCH easier to paint this as a massive, covert operation from the Russians to interfere in American politics.

Amazon now has contracts with the CIA, Healthcare.gov, NASA, the FDA and a host of other government agencies. They use those deals as a massive selling point for their software. So, Amazon has a TON to lose if the public lost trust in THEIR systems, rather than the public blaming Cold War super villain Russia. What better way to deflect the blame than use one of the most powerful media outlets in the country? Especially one that sits in the same city as our nation’s capital, where Amazon is using massive lobbying power to gain favorable tax breaks and secure more government contracts.

Now, of course, The Washington Post’s official stance is that Jeff Bezos and Amazon have NO editorial power over the Post. But, last May the Post’s own legendary reporter Bob Woodward said that Bezos directed the Post’s staff on how they should cover the candidates in the 2016 election. So, we KNOW that Bezos meddles in the affairs on the Washington Post and directs reporters to cover stories a certain way.

So without putting a tin-foil hat on, it stands to reason that writing about increased tensions with Russia and blaming them for… well… EVERYTHING would justify more even intelligence spending, which could mean more contracts for Amazon. If Amazon gets more government contracts, Bezos has more money to invest in the publication.

And lets face it, blaming the Russians is a sexy story. The Washington Post writers would love nothing more than to have Russia once again tabbed as the world’s super villain – it would generate a ton of clicks and thus a ton of ad revenue.

Here’s the thing that you have to remember when it comes to The Washington Post – it only cost Jeff Bezos $250 million dollars. That is pocket change. Amazon brought in THREE TIMES THAT AMOUNT in PROFIT in the 4th quarter of 2016 ALONE. If you think that a little thing like journalistic integrity will get in the way of Bezos’ grand plans, you are sorely mistaken.

It is sad really – The Washington Post – once a champion of exposing government corruption – exposing Watergate and the Pentagon Papers – is now just another bought media outlet. Their motto: “Democracy Dies in Darkness” fails to mention that when it comes to the CIA, they want the lights off.