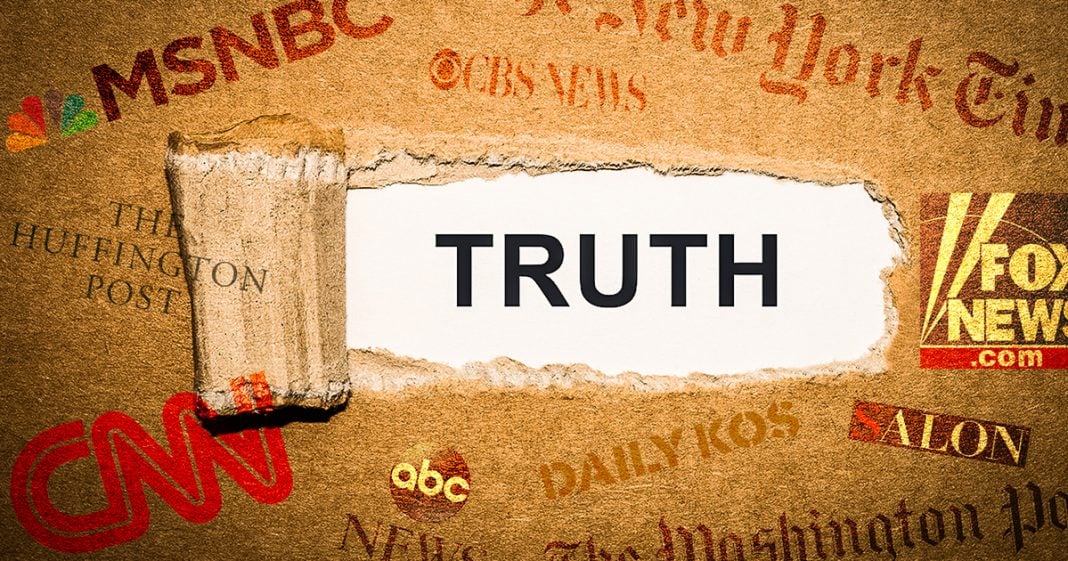 In the same week that we learned that 24 million people would lose their health insurance coverage over Trumpcare, and in the same week that Donald Trump’s new travel ban was set to be implemented, Democrats in Congress decided to spend their time proposing a bill which, if passed, would help fight the war against fake news and alternative facts. Ring of Fire’s Sydney Robinson discusses this.

While those buzzwords have been so misused so often that they no longer have any meaning at all, Congressman Adriano Espaillat of New York proposed that Congress come together and unifyingly oppose the use of fake news. The New York congressman proposed House Resolution 191, which called to oppose fake news and alternative facts. The resolution called for an official opposition to the use of fake news by the White House, and called on the press secretary to correct himself if he ever issued anything that could be defined as fake news. The bill also called on President Trump to openly declare his support for the First Amendment.

Here’s where the bill gets particularly interesting. It lists several instances in which either Donald Trump or anyone representing him outright lied to the public or to the press, but the bill doesn’t outright accuse these people of lying or misinforming the public. It merely calls what they are doing ‘using alternative facts or fake news.’ The language of the bill itself is completely imprecise by using these terms, and therefore doesn’t have any real effect even if it were passed. When Congressman Espaillat or anyone else is accusing the White House of fake news, they’re really saying that they’re lying. Why can’t they just say it? Why can’t this resolution say that they are against the White House misinforming the public, lying to the public? That would actually mean something.

The only effective part of the legislation is the part in which they call on anyone in the administration who does speak misinformation to correct themselves in a timely manner. That means telling the truth, that is unless anyone who is being accused of fake news says, “No, it’s not fake news. It’s just my opinion,” because that’s what fake news means, or fake news means that it’s a source you don’t agree with, or it says something that doesn’t confirm your bias. Fake news means nothing anymore, which is why this legislation is completely ineffective. The reality is that if you use fake words that have no meaning, you’re going to get nothing more than a fake response from a fake administration.

If we plan to hold the White House accountable, we have to start using precise language based in truth and realism, which is the real irony of this whole bill in the first place. They want to pretend that they’re holding the White House to some standard of truth while using the same fake language that got us here in the first place. Senator Sanders called Trump’s lies just that, lies. Why can’t the rest of the Democratic Party do the same? From pay-to-play corruption in the White House to the continued opioid crisis happening across this country, from the Muslim ban to the wall to the health care crisis, why can’t Democrats focus on things that matter and oppose Trump in significant ways rather than using this same fake news argument that we’ve been using for so long? Democratic voters continue to be let down by their legislators, and this is sadly no exception.