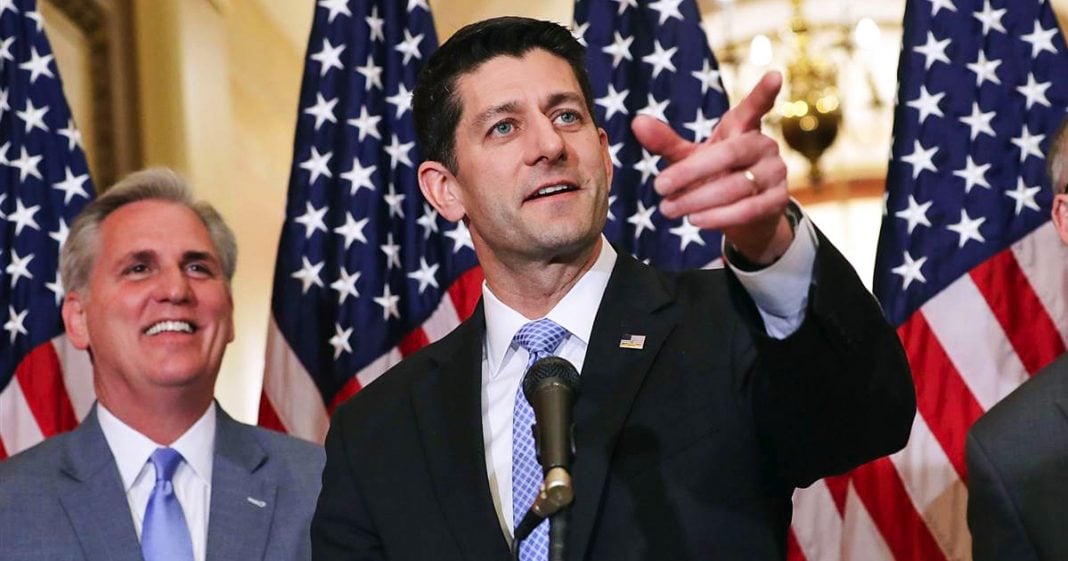 The struggle within the Republican Party has visibly played out over the repeal and replacement of the Affordable Care Act. Heather ‘Digby’ Parton joins Ring of Fire’s Sam Seder to discuss how the GOP arrived at this point.

Sam: So, Heather, at the break we had to sort of … we were up against the break here and we didn’t have to really fully go into the malpractice … I think some of this is, frankly, attributable to the Democrats not embracing even … and, I think frankly, Bernie Sanders does a good job of this. He embraces the Affordable Care Act but goes much further than it. The Democrats, broadly speaking, I understand that some of them don’t want to, and some that feel they can’t, but they could, at the very least, embrace the Affordable Care Act and then go a little bit further. They’ve been so reluctant to do that for an extended period of time. They’re doing it a little bit more, but they need to do it more aggressively now because one of the other things in that CBO report was … there was a couple of things. One was that the Affordable Care Act is not imploding. The Democrats need to be out there now doing this heavy lifting of explaining that because the press isn’t certainly going to bring it up. They certainly haven’t brought up the fact that the Republicans have a replacement and repeal plan, the 2015 thing that they passed already, and then … I should say before I want to get your response to the Democrats failure there, I want to say two more things.

One is, in the CBO plan, it showed that this Republican bill actually strengthens Social Security, saves $3.3 billion dollars. The reason why it does is because their health plan will literally mean there are tens of thousands less retirees because they will die before they get to that age. If you can’t make hay of this as a Democratic politician … I saw Bret Baier ask Paul Ryan, ‘If you think this CBO report is good, what would a bad report look like?’

Heather: This is Bret Baier.

Sam: Yes. I say to the Democratic politicians if you can’t spin this into gold, what can you? It’s incredibly frustrating, it seems to me, but my question to you is, in addition to all this I’ve laid out there, is it possible that Paul Ryan more or less predicted it was going to go this way because he realized like, ‘We can’t have a bill that’s going to pass. We’ve been talking out of our rears for 7 years and let’s just get past this and hopefully our super fans, those tea party guys who went and protested all that way, they’ll just forget about it.’ How could someone be this clueless as Paul Ryan appears to be unless the agenda was like, ‘We’ve got no good options here. Let’s just get this over with,’?

Heather: Well, I wish I could go along with that and think that this is some kind of a clever Paul Ryan plan, but honest to God, I don’t. I think that they’re like the dogs who caught the car. They have been chasing this thing from the … Obamacare, Obamacare became this totem, this symbol of everything they hated about the Democrats and President Obama in particular. It didn’t have any real substance anymore. It was just this … it was kind of a … they’ve had these things like tort reform. People don’t know what it means, but they scream when somebody says it. I think that that’s sort of where this ended up. Ryan just simply … they won, and I think he honestly was completely unprepared because I don’t think they had tried to prepare and when it happened, they like Trump, in a lot of ways realized it was a lot more complicated than anybody thought, so they came out with this thing. I am not willing to grant that Ryan is that smart to have actually have thought through the idea that, ‘Well, we’ll put out a plan that will fail and then somehow, by 2017, we’ll get Trump to do this with Tom Price and they’ll do work requirements. Then after that, we’ll blame the Democrats and then we’ll win in 2018.’ I don’t think that’s the plan at all. I think this is just all kind of exploding around them.

Sam: But, the flip side of that is, for all their incompetence, they are running our government for all intents and purposes on every level and I’m including the vast majority of states in that calculation.

Heather: This is why I don’t sleep at night, Sam.

Sam: It really is pretty stunning. It is going to be pretty stunning if the Republicans somehow manage to get past this without any major accountability from their own voters because … I mean, we’re seeing that they’re not paying a price. The idea that any reporter could take Paul Ryan with a straight face anymore after this debacle and any reporter could not preface every talk about this like … with it just shows how craven and really just disingenuous, the Republicans were, to their own voters. Aside from my disagreement ideologically, they really … they really hoodwinked their own supporters on this oversold. If they’re not held to account by those voters, I don’t think that they could say that there’s anything they couldn’t get away with because … you know, I mean … I don’t know what’s left after Obamacare. They seem to have basically been able to walk away from Benghazi without anybody … that seems to have fallen off a cliff. Apparently, they don’t want to get to the bottom of that anymore. But, we’ve got to take a break. We’ll come back in the next hour. We’ve got a lot more news to talk about. My name is Sam Seder. This is Ring of Fire Radio. I am talking to Heather Parton who will join us again in the next hour, but stick around. We’ve got some more Ring of Fire Radio to do.